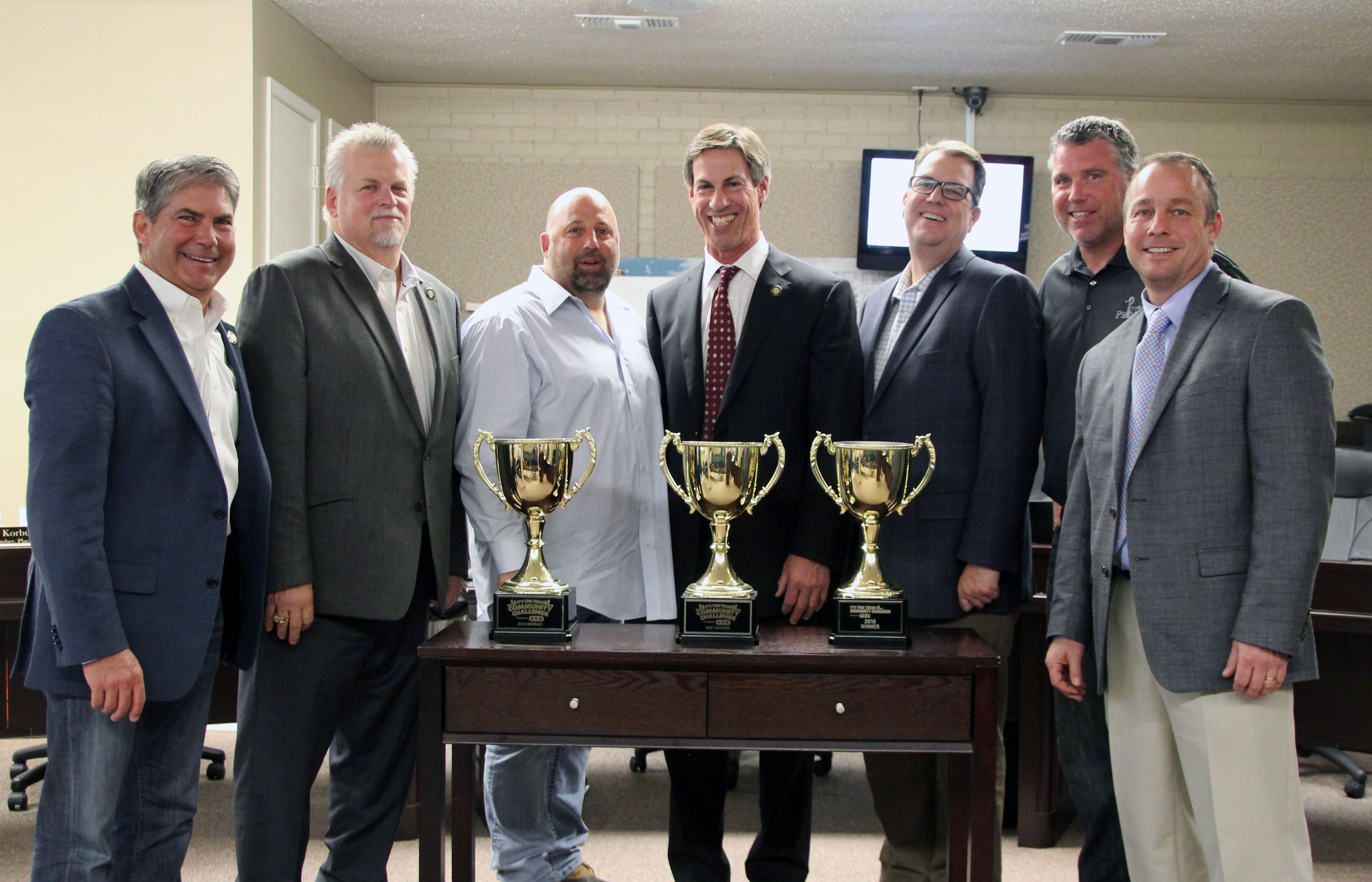 The vote counters in the statewide ITS TIME TEXAS Community Challenge have declared that Prosper’s attempt at repeating as winner in its category was successful…technically.
The results, released recently by the ITT Community Challenge organization, acknowledged a tie in the Small Community category between Prosper and Lancaster, a city also in the DFW area. Having won the last two competitions in that category, Prosper was aiming for a three-peat, and officially met that challenge.

Having amassed over three million points each, Prosper and Lancaster totaled the highest in the state, for all categories and all sizes of cities. By virtue of tying for the top spot, both cities earned grants of $1,800 for healthy initiatives, a trophy, Governor’s certificate, and a winning banner. Prosper’s 2018 trophy joins the other two already in the Town’s possession.

Prosper’s points were the result of residents’ commitment to healthy eating, working out, registering on the website, and taking community pledges. So, while the tie was unexpected, the underlying results were well worth the effort.
“We want to thank all those members of the community who took time to register for the Challenge, chart their fitness routines, post healthy selfies and take part in our community activities,” says Dudley Raymond, Director of Parks and Recreation. “We met our goal to three-peat as the top scorer in the Challenge, yet, more importantly, the competition gave us all the opportunity to have some fun and start the New Year with a focus on health and fitness.”

The Community Challenge is an annual competition that encourages communities of all sizes, including schools, businesses, organizations and mayors, to commit to healthy living and ultimately transform the community’s health. More than 21,000 Texans representing over 200 communities participated this year; 42 Texas mayors engaged, and more than 6,663 combined pounds were lost during the 2018 competition.

Prosper enacted several new initiatives this year to get the community focused on health and fitness. First, Mayor Ray Smith recorded a video encouraging the entire community to get engaged and active in working out and eating right to earn points for the contest. The video can be seen on the Prosper Parks and Recreation Facebook page and on YouTube. Second, Mayor Smith formed a committee of residents, called Prosper Healthy, who worked together during 2017 and throughout the 2018 Community Challenge. The group created a Prosper Healthy Facebook presence and hosted two Prosper Community Workouts during the Challenge. The Saturday morning workouts were well-attended and presented an opportunity for all members of the community to start the weekend right with fun and fitness.

The IT’S TIME TEXAS Foundation recognized Prosper and members of each winning, runner-up and recognized community, as well as the individuals who earned the most points, during local celebrations held across the state.