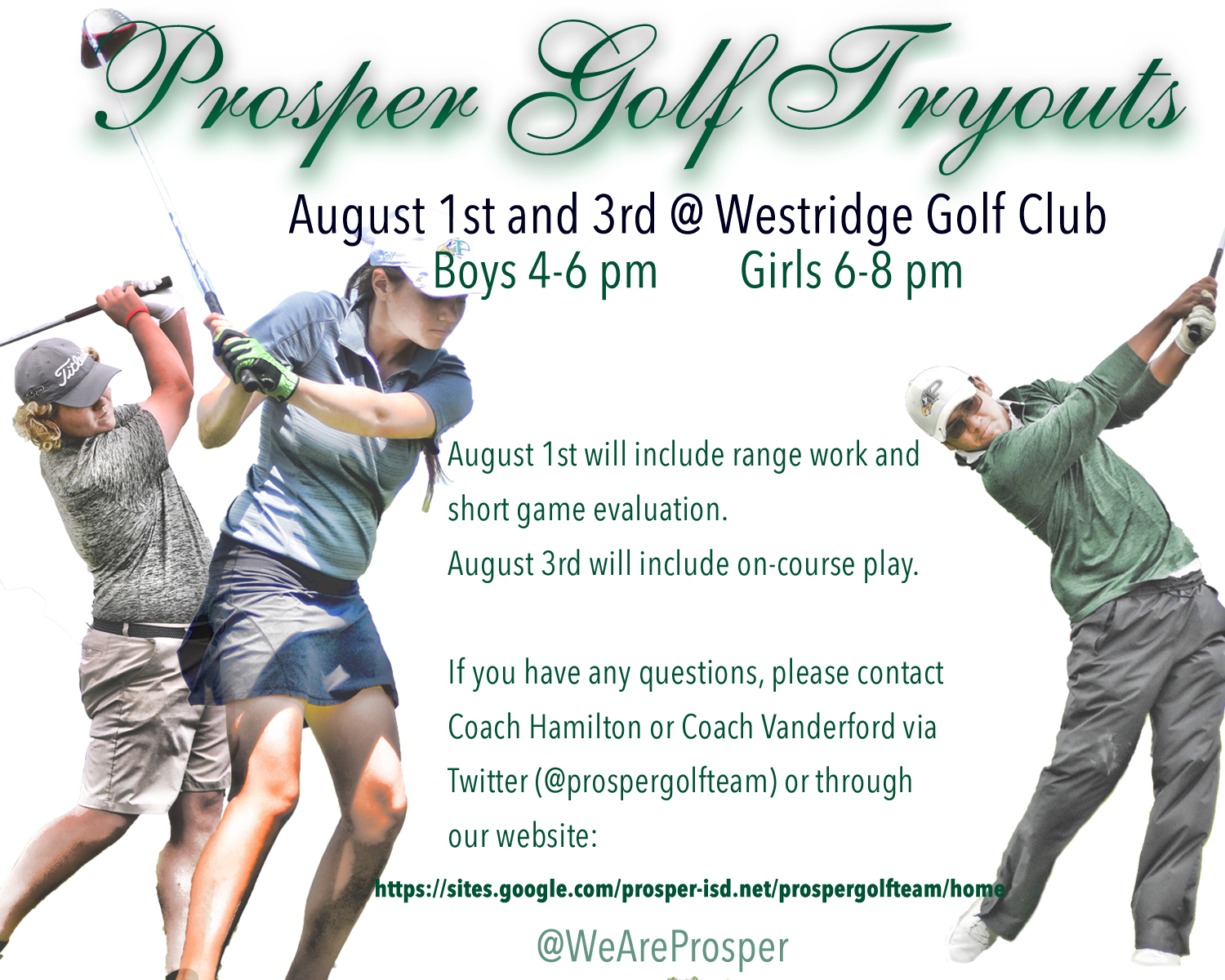 Coming off a strong year, Prosper Golf is ready to add some fresh faces to the team. The team will be a fairly young one as only four graduated last year: Mackenzie Floyd and Nora Hicks of the girl’s team and from the boys, Erik Thoreson and Graham Hutchinson, who placed 3rd in the State tournament last year.

On the girl’s side, they return 4 players from last year’s Regional Tournament team: seniors Caroline Weatherly (2nd team All-District), Cassidy McAlpine and Carlee Tinsley, and sophomore Emily Nystrom (1st team All-District). The Prosper girls team had an impressive showing last year, earning 1st place in three tournaments but also garnered some individual awards as well. In their first place finish at the Burleson Centennial Tournament, Nystrom placed 3rd overall. For the Twin Creeks district preview tournament, McAlpine placed 3rd overall individually. At the Pecan Valley tournament, McAlpine placed 1st overall and Nystrom, 2nd. And, at the district tournament, Prosper girls were the runners-up and had their best team score of the year with a combined 702, qualifying for Regionals for the 9th consecutive year.

“Our team is young so I truly expect us to come back next year even more prepared with some additional talent,” said girls Head Coach Elizabeth Hamilton last season.