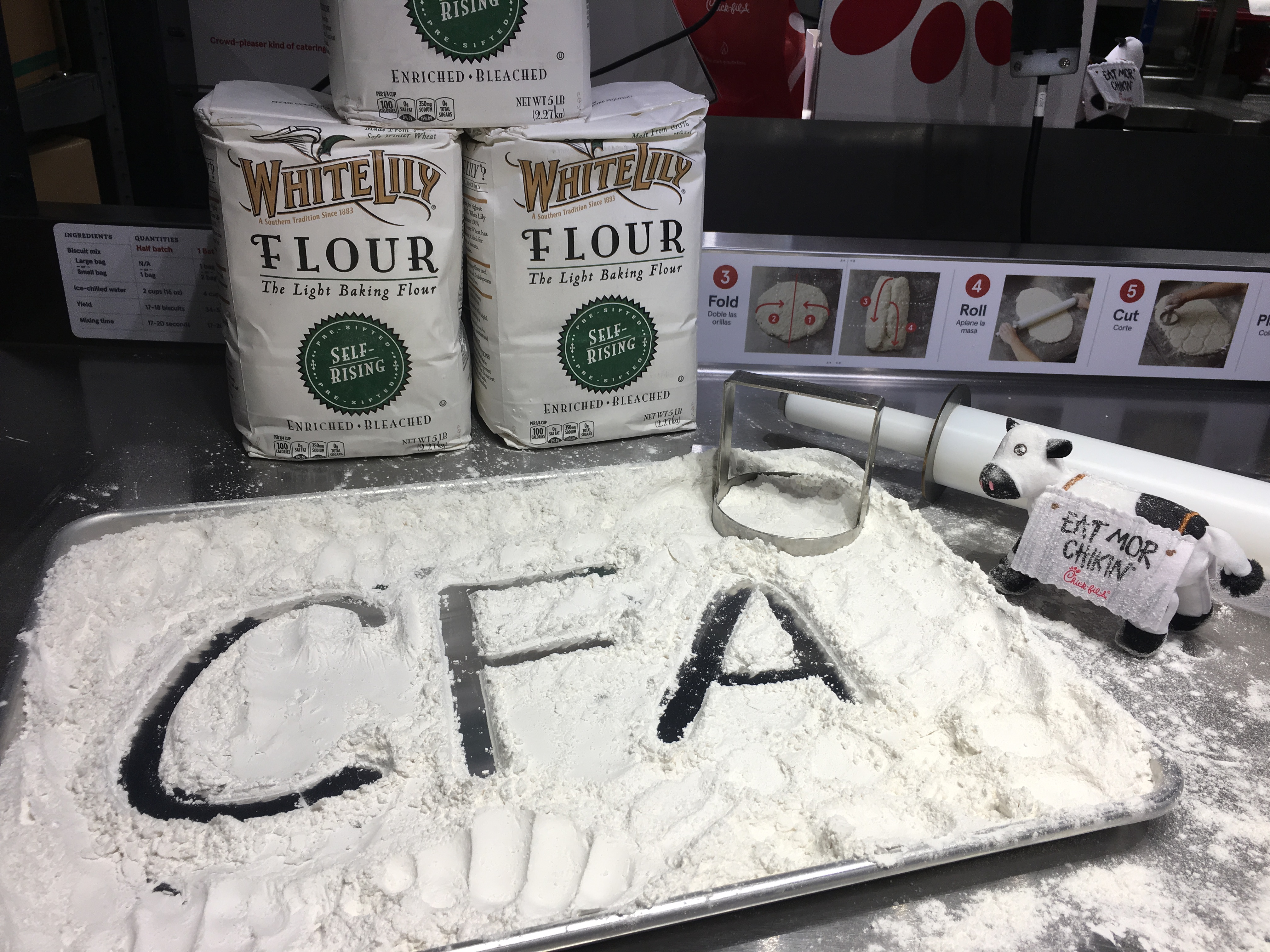 About Operator Aaron Williams: Windsong & 380 Operator Aaron Williams knows a thing or two about Chick-fil-A and its chicken. Growing up in the Dallas-Fort Worth area, Williams remembers eating its fresh food and making memories with his family at the local Chick-fil-A restaurant, but didn’t expect Chick-fil-A to become his career path. Williams attended Baylor University in Waco where he graduated with a degree in business finance. He worked as a financial advisor with Merrill Lynch and JP Morgan Chase before deciding to make a different impact in the world.

Williams recalled the Chick-fil-A memories he had made as a child and pursued learning more about Chick-fil-A’s franchise model and entrepreneurial opportunities. He fell in love with its service environment and focus on mentoring young people, serving freshly prepared food and positively impacting local communities. In 2013, his dream was realized when he became the Operator of Chick-fil-A at Grapevine. With the help of his Team Members, Williams has had significant success and has earned several awards from Chick-fil-A, including the chain’s Rookie of the Year Award in 2014 and the coveted Symbol of Success, the highest honor a Chick-fil-A Operator can receive, in 2014 and 2015.

Having opened the Chick-fil-A at Frisco Lakes in 2016, the Chick-fil-A at Windsong & 380 makes Williams a multi-unit Operator of two stand-alone locations – a rare honor among the chain. Williams will have the opportunity to mentor and lead a team of more than 200 Team Members between both locations.

Williams, his wife, Marisa, and their son have lived in Prosper for the last five years and are thrilled to further expand their opportunity to continue impacting the area in which they live. One of their focus areas of care is working with the Prosper Education Foundation to help provide Lovepacs for children in need of meals.

“I am excited to serve the Prosper community both inside and outside my restaurant,” said Williams. “I am committed to developing my Team Members as together we serve craveable food and provide a remarkable experience to our guests in a fast, friendly environment.”

Williams’ 5,100-square-foot restaurant has been designed to enhance all aspects of a guest’s experience from the drive-thru to the counter to in-restaurant dining. Highlights include a:

·       dual-lane drive-thru merging into a single pick-up point that can handle upwards of 200 cars an hour. The location also has environment-controlled canopies to further enhance the outside face-to-face ordering experience.

·       96-seat dining room with a two-story indoor playground and free Wi-Fi, along with a 34-seat outdoor patio.

·       full-service menu with a variety of healthy and dietary options and breakfast until 10:30 a.m., and will be open from 6 a.m. to 10 p.m., Monday through Saturday. Chick-fil-A locations are closed on Sunday.

The overnight, 12-hour grand opening First 100 Campout party includes engaging activities for participants who will enjoy eating a Chick-fil-A meal during the countdown to the opening. At that time, upwards of 100 adults will win a digital offer card for a year of free Chick-fil-A meals (52 meals with each consisting of a Chick-fil-A Chicken Sandwich, medium Waffle Potato Fries and a medium beverage).

·       The community event is open to guests surrounding the restaurant with a list of eligible zip codes and complete rules found at https://thechickenwire.chick-fil-a.com/News/Future-Openings.

Chick-fil-A in Dallas-Fort Worth

With metro Dallas’ first Chick-fil-A having opened in Arlington in 1972, the Windsong & 380 restaurant becomes Prosper’s second location and the state’s first opening of the new decade. Texas continues to be a core growth state for the chain. For more information about the restaurant, visit Facebook at https://www.facebook.com/cfawindsongand380.

About Chick-fil-A, Inc: Atlanta-based Chick-fil-A, Inc. is a family owned and privately held restaurant company founded in 1967 by S. Truett Cathy. Devoted to serving the local communities in which its franchised restaurants operate, and known for its original chicken sandwich, Chick-fil-A serves freshly prepared food in more than 2,520 restaurants in 47 states, Washington, D.C., and Canada. Chick-fil-A reported more than $10 billion in revenue in 2018, which marks 51 consecutive years of sales growth. A leader in customer service satisfaction, consumers voted Chick-fil-A, Inc. fourth in Harris Poll’s annual corporate reputation survey, ranking the company fourth out of 100 in 2018. Chick-fil-A was also recognized for customer experience again in the 2018 Temkin Experience Ratings survey, was named “Best Franchise Brand” in 2018 by Airport Revenue News and was named one of the top 100 best places to work by Glassdoor in 2017. Continuing its founder’s legacy of generosity and service, in 2019 Chick-fil-A’s Remarkable Futures initiative awarded $15.3 million in scholarships to restaurant Team Members nationwide. In 2018 the company’s philanthropic Chick-fil-A Foundation awarded $1.23 million to 22 not-for-profit organizations across 18 states through the True Inspiration Awards. More information on Chick-fil-A is available at www.chick-fil-a.com.