Prosper Varsity volleyball advanced to 12-0 in district after another pair of sweeps against R.L. Turner and Lake Dallas.

The Lady Eagles hosted the Lions on Friday night and the night belonged to Prosper from the beginning. Prosper would take all three sets 25-3, 25-11 and 25-8. Top highlights of the match were Haley Killinger with 12 kills and 13 digs and CiCi Hecht with 9 kills and 10 digs.

Tuesday, Prosper traveled to Lake Dallas and fell behind in the first set after Lake Dallas took a 5-1 lead. Prosper was able to tie it up at 7 and never looked back. The Lady Eagles took the first set 25-15. In the second set, Prosper took a 2-1 lead. After a big kill by Gramly, the Lady Eagles were up 6-3. But the Falcons would not go down without a fight and tied it up at 6. Prosper dug deep and after some big plays by Killinger, Hecht, Whitmire and Hancock, Prosper began pulling away, finally taking the set 25-17. The third set would be all Prosper, ending with a final score of 25-13. Some key players were Killinger with 17 kills and 13 digs in the match and Hecht with 8 kills, 9 digs, and 2 blocks. Junior Madi Whitmire was on the board with 4 blocks, 42 assists and 9 digs. 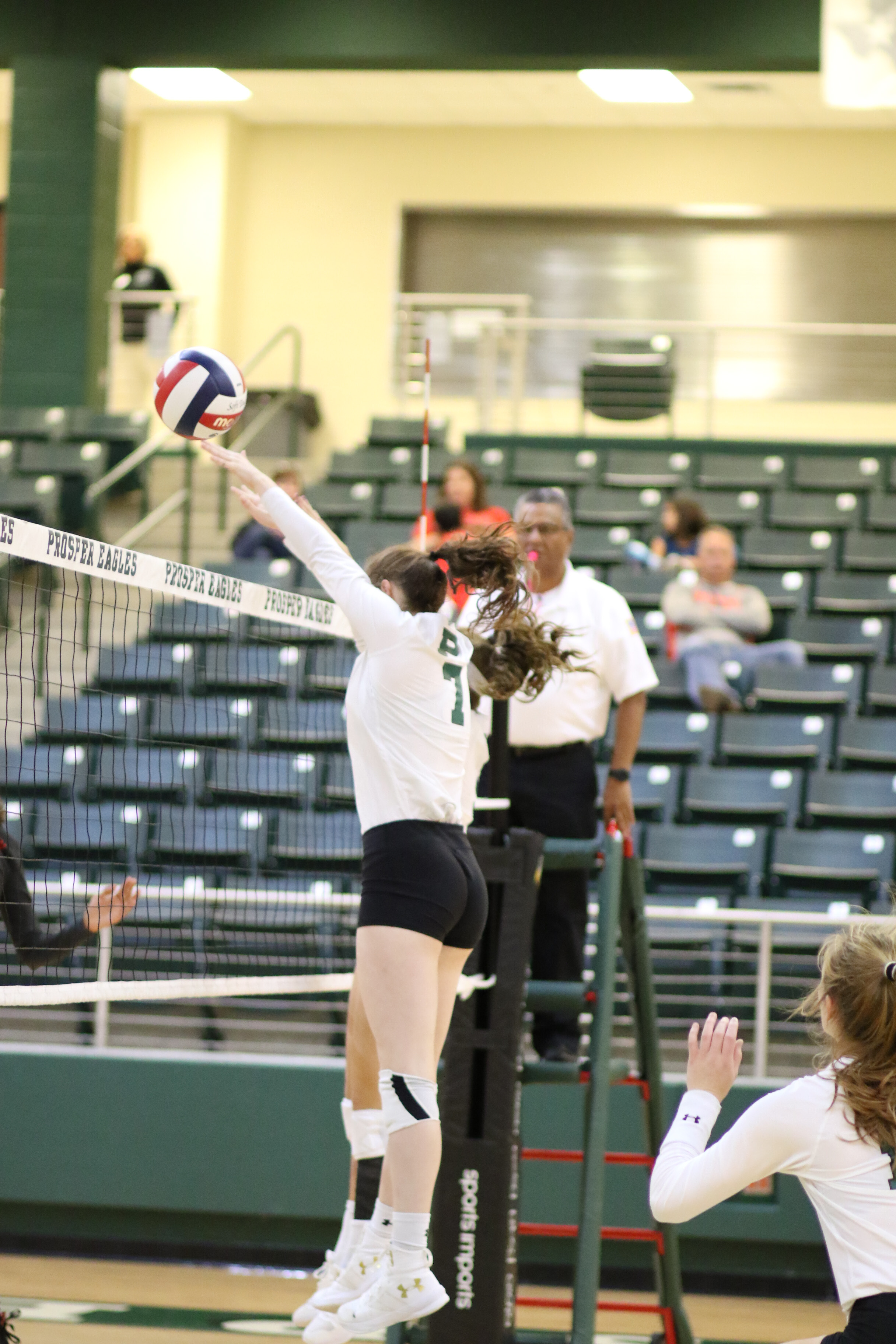