Prosper’s annual homecoming celebration returned with a full schedule of festivities beginning with the parade on Wednesday evening and ending with a 40-0 shutout win against R.L. Turner under the lights of Prosper Eagles Stadium. That win allowed Prosper to remain atop District 14-5A teams with a record of 3-0.

Before the game, Prosper crowned seniors Bryce Shavers and Courtney Wilkerson as the 2017 PHS Homecoming King and Queen. “It’s a really big honor and I am just very thankful,” said Shavers of being chosen.

After the crowning, it was game on for the Prosper Eagles. Prosper got on the board early with the first of four first-half touchdowns by senior running back Kaleb Adams. For the second week in a row, Adams found the end zone three times in the first quarter. He attributes the success to consistent preparation by Prosper coach Brandon Schmidt and his team of coaches. “The preparation that we have throughout the week sets us up for the game, so come game time I just have fun, play, and react,” said Adams.

In the first half, Adams had 222 yards, 140 coming in the first quarter alone, and four touchdowns on 16 carries. Fellow senior, DJ Love, ran the ball 84-yards for an Eagle touchdown, bringing his total to 119 yards, all in the first half.

“I am very proud of both Kaleb and DJ. Because as good as they are on the field, they are even better young men off the field,” said Schmidt.

In a game where Prosper only passed for 33 yards, the offensive line and blocking downfield was vital.

“It was an exciting win. But I have to credit the line because we couldn’t do our job without our big guys,” said Love. And Schmidt reiterated that by saying, “The offensive line did a great job and I’m also very proud of the receivers. You can’t break off long runs without receivers blocking down field.”

Prosper would force three turnovers in the game, two of which resulted in interceptions from junior Devin Haskins.

Prosper will face McKinney North on Friday, October 20th at Ron Poe Stadium at 7:00 p.m. The Eagles will be looking to advance their lead in the district to 4-0 against the current 3rd place Bulldogs (2-1).

“Just going 1-0 is the mindset the team has every week so we are coming into this game looking to go 1-0,” said Adams. 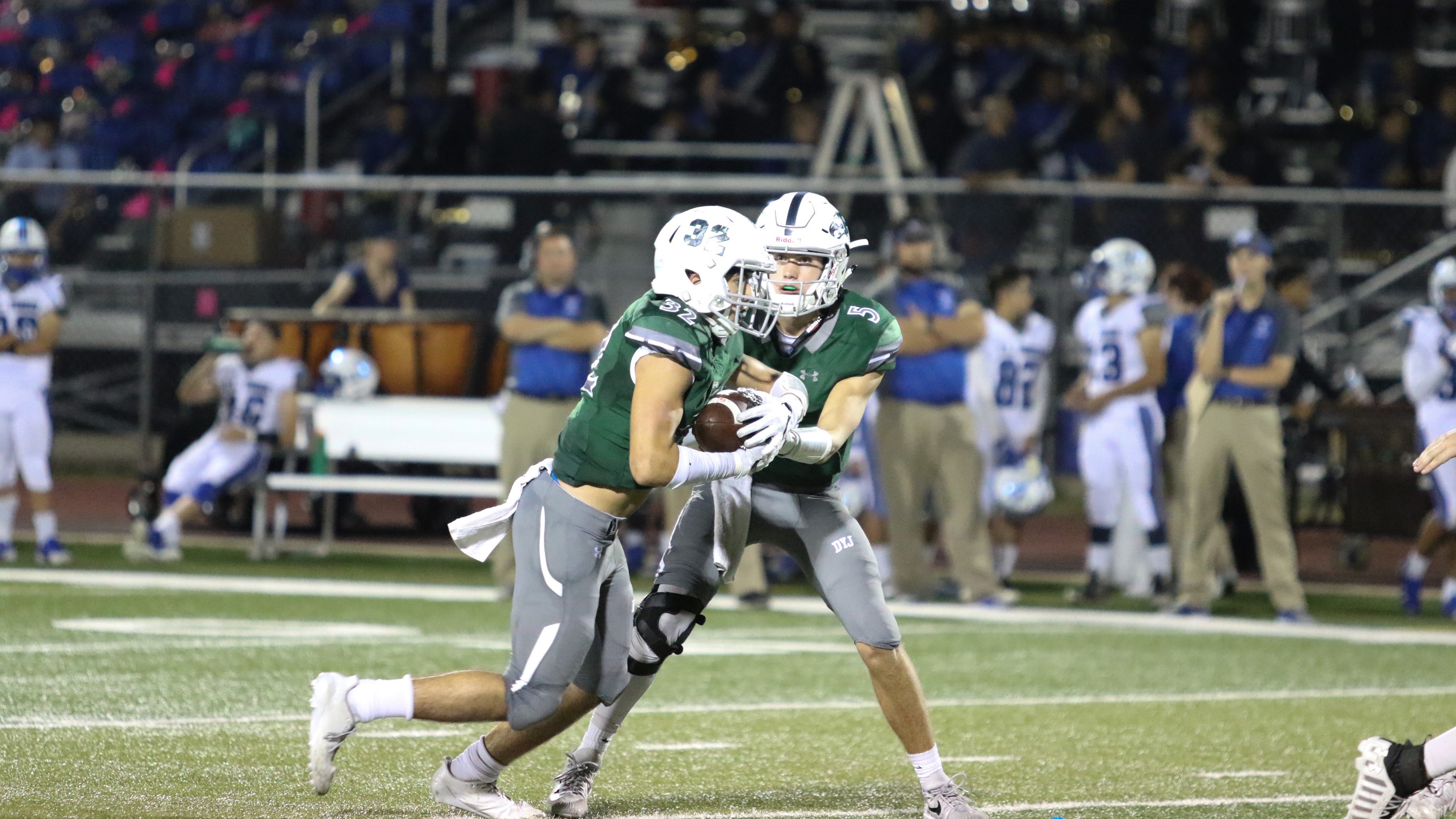