The Importance of a First Line

Prosper Eagle High School football players are mentoring to younger players and, in turn, building positive relationships in the community.

Prosper Head Coach Brandon Schmidt has assigned the varsity, and some junior varsity, football players to an Eagle Flight Crew “buddy” for the remainder of the season. Each week during a home game, his players write a letter to their buddy and they are delivered to them at their schools. “Hopefully at some point during the season we will come up with a plan so they will be able to meet one another,” said Schmidt.

Cade Shaw, 8, a third grader at Folsom Elementary received his letter from Prosper Eagles football and soccer player, Cole Fedorczyk. In the letter, Fedorczyk encouraged Cade to work hard in sports, school and anything and writes, “Remember to always treat people the way you want to be treated, whether it’s in or out of school, on or off the field, be kind to everyone.”

Cade’s mom, Cathy, said the program has really influenced her son in a positive way.

“Cade has been on cloud nine all weekend and is still talking about it,” she said. “I think a new phrase in my house could be ‘Remember what Cole told you!’ and we will be good.”

Fedorczyk concluded the letter with an open invitation for Cade, “I am #43 on the team and hope to see you.  Come say hi if you see me!”

Another Prosper mom, Lindsay Waite, said her son Shane also received a letter and she posted on social media ion hopes to reach the mother of Zachary McDaniel to publicly thank the young man.

McDaniel tells Shane in his letter, “Help around the classroom and respect your teachers.” And he signed off with, “To my new friend, Shane.”

“Your son gave my second grader one of the best days of his life,” Lindsay said. “He held on to this letter all day. This is why I love our hometown.” 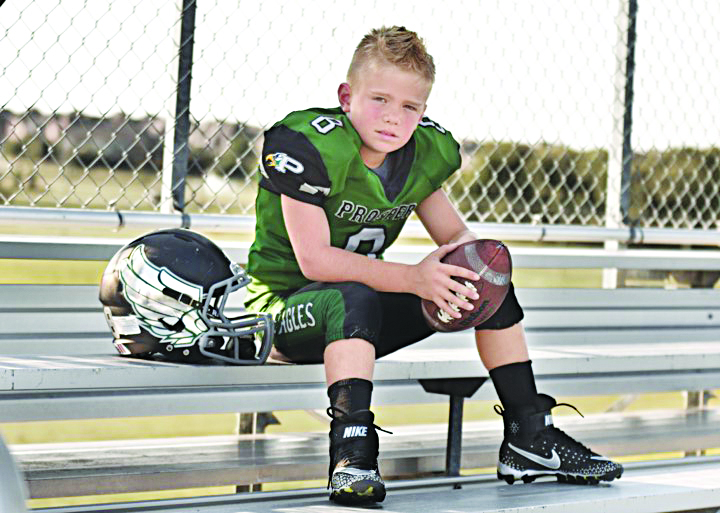