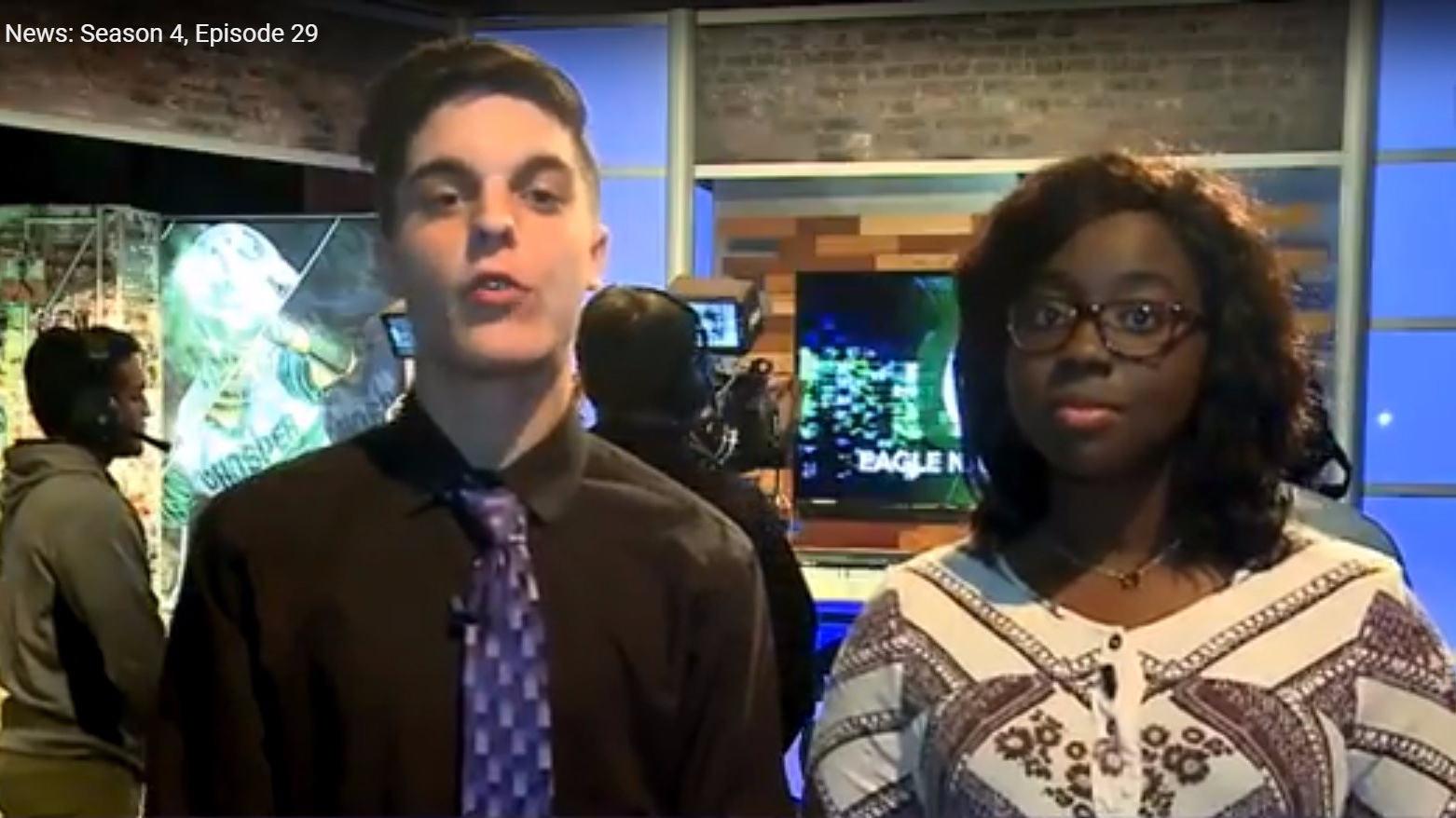 Prosper High School’s Eagle Nation News is among the 15 finalists for the prestigious Pacemaker Award for scholastic broadcasting from the National Scholastic Press Association. Five of the 15 are in Texas and four of those are close to Prosper. Lovejoy, Liberty and Coppell are finalists as well. Of the 15 finalists, only four produce live broadcasts and that group includes Prosper.

“We are really excited about the status this year,” the PHS broadcast teacher Brian Kennedy said. “It’s something that’s been a goal for us since we started the program. We have worked to be entertaining and still cover stories that hold students’ interests.”

Kennedy talked about the differences between a live broadcast program and one that’s recorded. “It’s a challenge, because when you are going live every day, it’s tough to let your stories develop. And the schools that aren’t going live are able to take as long as two weeks or more to develop their stories so they can be more in depth when they first come out.”

Kennedy, Eagle Nation News Advisor, was himself honored in April with a national recognition by the Journalism Education Association as the National Distinguished Broadcast Adviser for 2016-2017.

The other three live broadcast programs are in other parts of the country and Kennedy says they are strong programs in the country, “so we are excited to be named with those. I don’t think many in Texas are live. We kind of think we are in a class of our own as far as what we are doing here.”

“The Pacemaker is the association’s preeminent award and is often called the Pulitzer Prize of scholastic journalism,” said Laura Widmer, executive director. “NSPA is honored to recognize the best of the best.”

The NSPA Pacemaker award has a rich tradition and started just a few years after the organization was founded in 1921. The Pacemaker was added for broadcasting in 1996 to reflect its growing importance at the high school level.

Each school entered three programs from the 2016-2017 school year. A team of three judges from College Broadcasters, Inc. viewed each entry discussing its strengths and weaknesses.

The judging team praised the overall quality of the entries: “The Pacemaker-winning entries stood out for their quality, not only in the production, but in the stories being told, the writing, editing and hosting, and the willingness to tackle controversial topics. These were exceptional newscasts start to finish.”

Shows were divided into live and pre-recorded categories. The frequency of the broadcast was also considered with daily shows competing in a category, with weekly, bi-weekly, monthly or less-frequently in another.

Of the 15 Pacemaker finalists, eight will be named Pacemaker winners. In all, there were 55 entries.

Broadcast Pacemaker finalists will be recognized and the Pacemaker winners will be announced at the JEA/NSPA Fall National High School Journalism Convention, November 16-19, 2017 in Dallas.

To view samples of the finalists’ entries, visit the website at http://studentpress.org/nspa/awards/bcf17