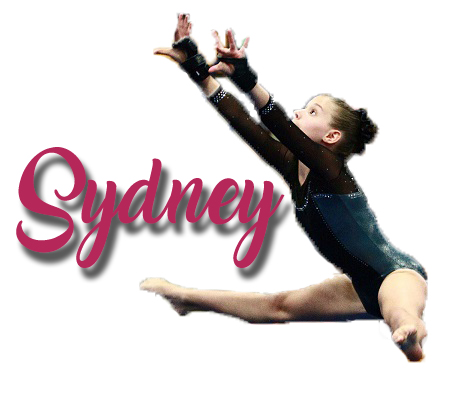 Prosper gymnast, Sydney Fisher, has completed her 2017 TAAF Gymnastics season with a combined 40 gold, silver and bronze medals in all four events; bars, beam, vault and floor exercises. Sydney captured the gold in the All-Around title in seven of the nine meets in which she competed during the season.

At the Winter Games meet held at ASI Gymnastics Dallas, Sydney was competing for a place at the Summer Games in Grand Rapids, Michigan in August. She walked away with the gold in the All-Around and also earned an invitation to her first USAG meet. She will compete in Michigan on August 5 with other gymnasts from around the country who also won Winter Games in their respective states.

Sydney spends 20 hours per week training at Prosper Athletics with her coach, Demone Feldman, or “Coach D” as he is called.

“I love this sport. It’s challenging but really rewarding, also,” says Sydney. “My favorite event is the beam because it teaches you grace and poise and concentration.”

Coach D says, “Sydney is very unique. She is determined, driven, and focused, but at the same time, she is incredibly sweet and just a blessing.”

Sydney hopes to come back from Michigan with wins in her events as well as an All-Around placement.

Sydney, an eighth grader at Reynolds Middle School, is a member of the National Junior Honor Society, the Principal’s Honor Roll and was State recognized through the Duke Talent Identification Program when she took, and scored a 21, on the ACT in the spring of her seventh-grade year.

The daughter of Scott and Kristi Fisher, Sydney says she is excited for school to start in a couple of weeks and doesn’t find it difficult to balance the work load of school with her gymnastics schedule.

“Gymnastics is the reason I think I do so well because it has taught me time management and discipline,” says Sydney, sounding much older than her twelve years.

When she is not earning medals in the gym or hitting the books, Sydney said she loves to hang out with her friends, swim and bake.

“My favorite is chocolate cupcakes with chocolate icing. Sometimes my friends and I bake together and that’s a lot of fun,” she says.

Sydney, at just 4 feet 8 inches, says she looks up to Olympic gymnast, Simone Biles. “She is small but proves that with hard work you can do anything you set your mind to,” Sydney boasts.

Sydney has found a way to combine her love of school, math in particular, with her passion for gymnastics. She has her sights set of becoming a biomedical engineer so she can design prosthetics for kids who want to do gymnastics.

Sydney encompasses Eagle Pride in the gym, in the classroom and in her heart.