Earlier this year, Fire Chief Ronnie Tucker announced his retirement from the department. Chief Tucker was the department’s first compensated Fire Chief after having served among the various volunteer chiefs in the department’s history. He closes out a 42-year career in the fire service, 25 of which were spent with the Prosper Fire Department.

Chief Blasingame has been a member of the Prosper Fire Department for 15 years, having served as Assistant Fire Chief for the last five years. Prior to his appointment as second in command, he served as Battalion Chief for a year, and Captain for six years. He joined the department in September of 2002 as a firefighter/paramedic.

The new Fire Chief earned an associate of applied science degree in Fire Administration from Weatherford College, and completed the requirement for Certified Public Manager from a program administered by Texas State University.

He is a Certified Fire Executive, a designation conferred by the Texas Fire Chiefs Academy, and is fully licensed as an Emergency Medical Technician-Paramedic. He has attained four levels in the Certified Fire Officer program of the Texas Commission on Fire Protection. The Commission has also certified the Chief as a Master Firefighter, Fire Service Instructor at all three levels, Hazardous Material Technician, Wildland Firefighter, Incident Safety Officer, Fire Service Driver/Operator, and Department Training Officer/Coordinator.

The Prosper resident is married and the father of two sons, active in school and sports. 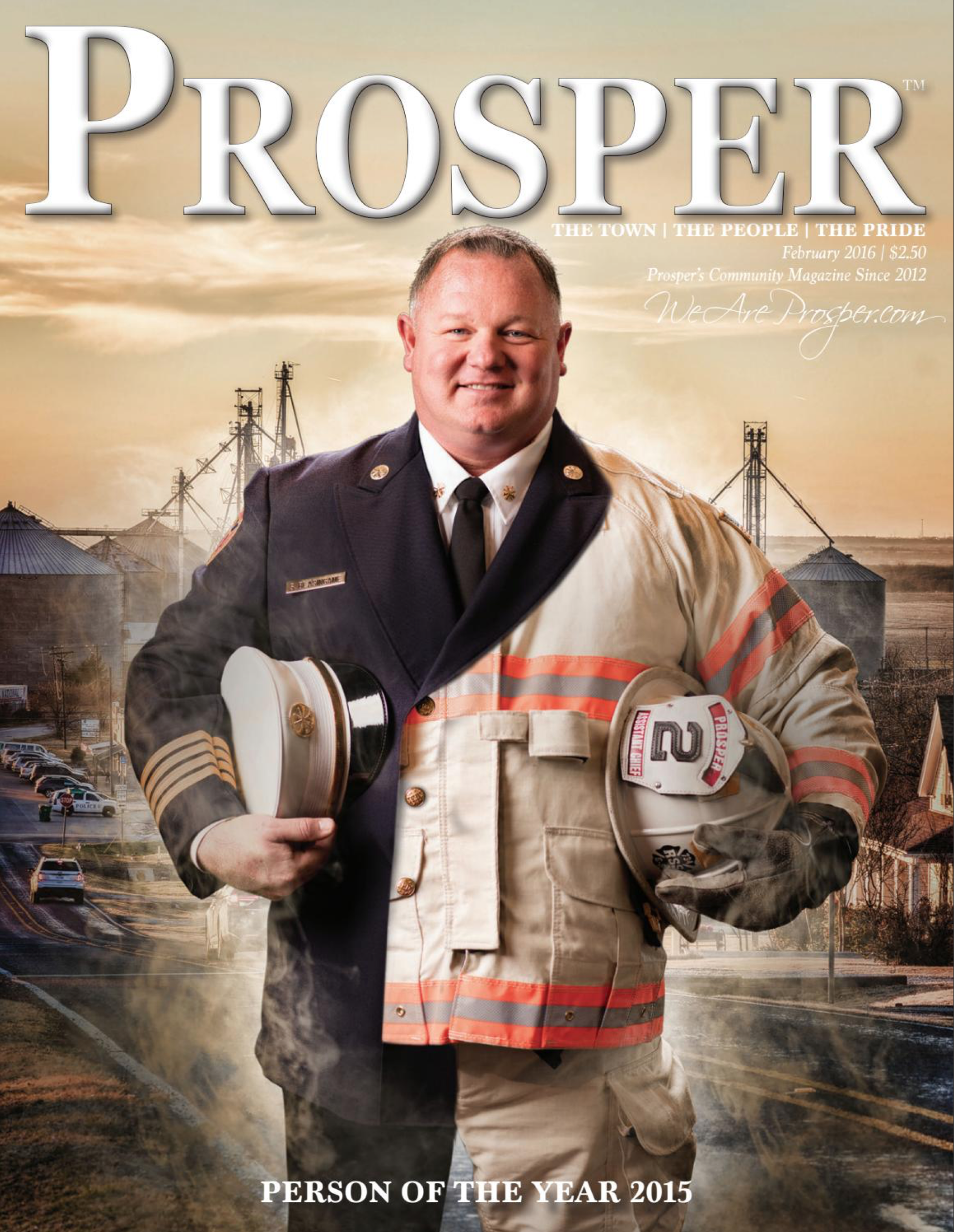