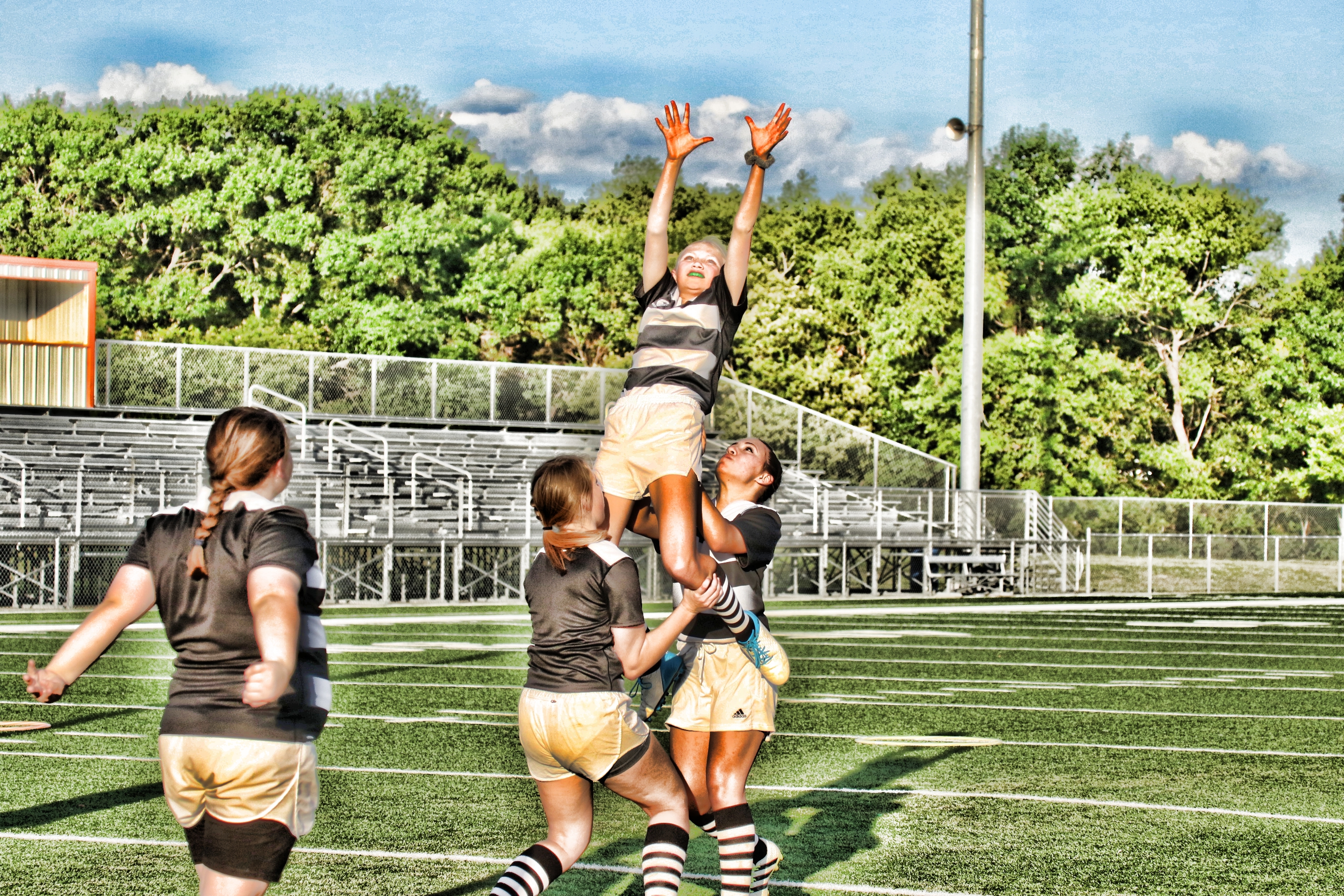 Rugby is a sport that began in the early 1800s in Britain and has grown into a sport played by and watched by tens of millions of people around the world, especially during the Six Nations Championship. Rugby is often compared to football, but Rugby fans will quickly point out that Rugby was first.

Rugby is played with an oval ball larger than an American football with either seven a-side or 15 a-side (team) depending on the game being played. The object is to score a try by placing the ball on the ground behind the try line at the ends of the rugby pitch. The ball cannot be passed forward, only laterally or backwards, making it essentially a game of running and evading tackles.

The most marked difference between the two is that football stops when someone is tackled, but in rugby this is where the game gets the most exciting! When a rugby player is tackled, there is a set of actions that occur that require skill, strength, endurance and strategy. When a tackle happens, you’ll see people jumping up in the stands for a better look at who wins the ruck and takes possession of the ball. Rugby also involves scrums, where three or eight players from each side bind together to form a tightly-knit pack. The two packs interlock and push on each other to try to win the ball being thrown into the middle. Many liken this to big horned sheep smashing into each other like a National Geographic special, but the scrum is a highly organized battle of people in very specific roles working together to win the ball for their team.

The North Texas Barbarians got its start in 2012 when local residents Mark Kissinger and Jim Loggins envisioned bringing the sport to the area.

“Jim and I played rugby together for Denton Rugby Club,” Kissinger said. “When my oldest son started pee wee football in second grade, I volunteered to coach. Lo and behold, Jim was out there as well with his son, and we decided that sometime in the future, we would start a rugby team for kids in Prosper, Celina and the surrounding areas.”

They put together a small team of nine players. In the five years since it began, North Texas Barbarians Rugby has grown to more than 80 players and a dozen certified coaches. The ages range from Kindergarten all the way through eighth grade and continue to grow, with the 2018 season being the inaugural season to include Barbarians high school teams. The Barbarians have both boys’ and girls’ teams.

The girls’ teams are ramping up, with the help of head coach Rachel Ford. Ford grew up playing rugby in Canada and was hesitant on coaching a new team because she had so much respect for the sport.

“Honestly, Mark had so much passion and had done the heavy lifting, so to speak, so I knew I wanted to be a part of this,” said Ford.

2017 was the first year the Barbarians were able to field a girls-only team. They played a terrific first season, even beating their toughest competition. In 2018 the girls’ teams will be expanding to include at least a middle school team, and a high school team. The coaches have a vision to build elite-level players as women’s rugby scholarships are currently available at 24 Division I and II universities in the US, and this number is growing each year.

Kissinger and Ford, along with the assistant coaches are all Level 200 certified, meaning they have gone through rigorous face-to-face training with Rugby Texas and passed the testing necessary to be qualified by professionals in the sport. Coaches are additionally tested in their concussion awareness and safe sport training and are deeply committed to the sport of rugby, and to growing players from the North Texas area in this sport. If you ever had doubt that rugby is a safe sport, look at how many football teams are shifting to a rugby tackle to reduce concussions and extremity injuries to their players. Seattle Seahawks coach, Pete Carroll, produced a video in 2014 using the rugby tackle and it has been incorporated into many collegiate and professional teams as the safer and more effective way to tackle.

More than anything, the members of the North Texas Barbarians say rugby is a family. Since rugby is growing so much in Texas, the Barbarians have the opportunity to travel regularly to play other teams in friendlies and tournaments. The season typically starts as football ends, running from January to June and provides many opportunities to play locally as well. In the 2017 season the Barbarians played multiple times in Plano and Celina, as well as traveled to College Station, San Antonio, Austin, Shreveport, Louisiana and Oklahoma for tournaments.

The boys placed fifth in the championship, and the girls third.

“This game draws strangers together from various walks of life under a common link of rugby,” says Kissinger.

The teams often eat meals with the teams they play to strengthen friendships, and to ensure good sportsmanship and camaraderie remain paramount in the players’ lives.

Kissinger says, “The thing I love most about rugby is watching a new player learn a skill, gain confidence, and use it in a game. It’s so great to see the things that these players have worked on in practice bring them success in the game environment.”

It is said in rugby the spectator may pay for the whole seat but will only need the edge. Readers are encouraged to watch the North Texas Barbarians play and see what they mean.