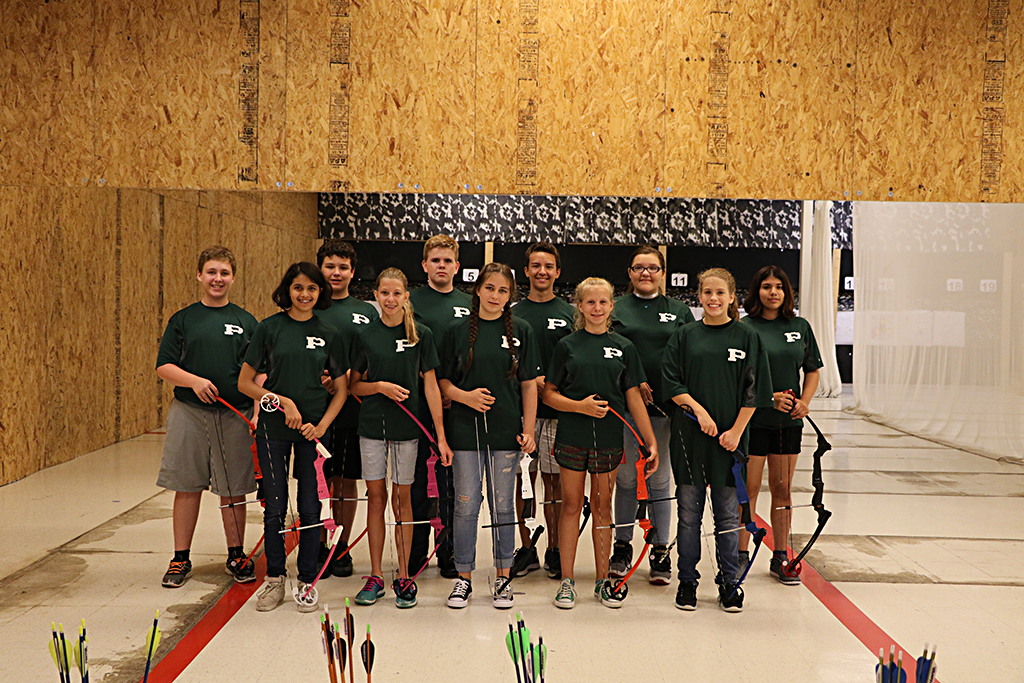 The Prosper archery team competed at State and Nationals and is heading to Worlds at the end of the month. Qualifying for Worlds is an impressive feat for any team, but almost unheard of in an inaugural year of a program.

First year archery instructor Becky Hedges said, “When we had the first meeting I expected a handful of people, but we had 200 show up.”

Because of the huge amount of interest and limited practice times and facilities, they were forced to use a lottery program to choose only 30 to be a part of the team.

The team practices twice a week at Texas Archery Academy in McKinney and holds an optional practice on Saturday mornings.

Bill Robinson assists Hedges and will be taking on the high school training. Robinson’s daughter, Adriana, an eighth grader at Reynolds Middle School, was his motivation. “Adriana was really excited to be a part of the team and I saw the need. I got certified and it’s been terrific,” said Robinson.

Hedges said she is grateful for the opportunity to offer a sport in which students of all degrees of athleticism can participate and excel. “Archery teaches these kids composure, gives them confidence and there’s a real feel of camaraderie within the team,” she said.

The team will head to Worlds in Orlando July 20 – 22.  The Prosper Times will have a follow-up after they return.