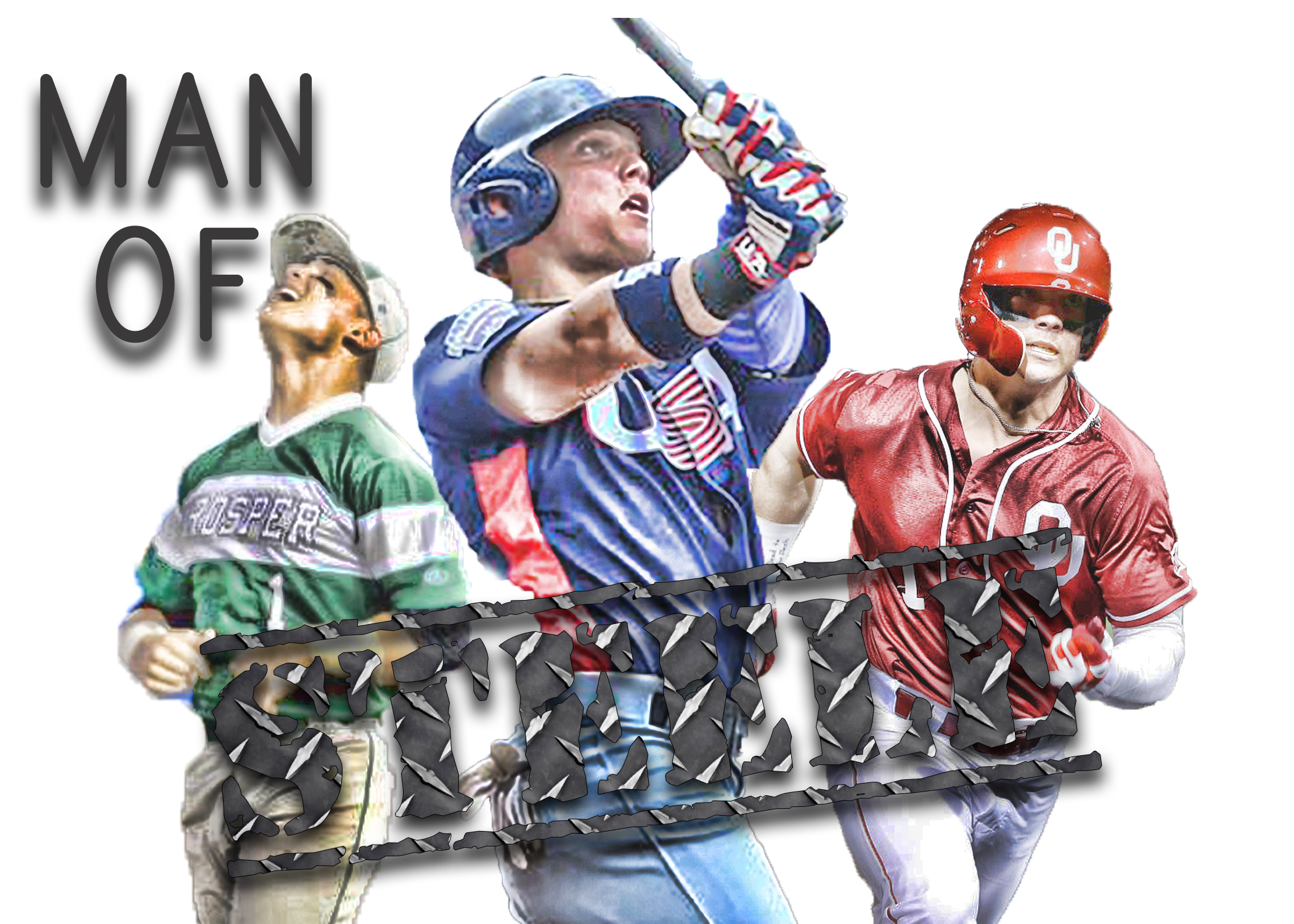 Steele Walker. Even the name oozes of “cool”. But the Prosper native is much cooler than even the name suggests.

Walker, who hit .481 his senior year, with seven home runs, made him an instrumental player in Prosper’s 2015 State Championship. He then went on to play baseball for The University of Oklahoma.

Walker said, “He’s had like 30 players drafted so he’s amazing. I gained so much knowledge from Coach Carpenter. He helped me become mentally ready to handle the pressure as the big moments just kept getting bigger and bigger.”

As a freshman at OU, Walker hit .290 with three home runs. Last season, as a sophomore, he improved dramatically – hitting .333 with eight home runs. And people noticed.

“I got a call from General Manager, Eric Campbell, inviting me to the Team USA Baseball trials and I was just so thankful for the opportunity,” said Walker.

At the trials, Walker went through two rounds of cuts from the original 35 player roster, down to 31, then the final 26.

“I go out there every day and play the game to the best of my ability, I try to stay calm and just relax,” said Walker.

The first series, held in Cary, North Carolina, was the International Friendship series against Chinese Taipei where Walker was named the series MVP after hitting .400 with a .733 slugging percentage. The USA Baseball Collegiate National Team swept the Chinese Taipei team 4-0 in the best-of-five game series after game four was canceled due to rain.

Capitalizing on that winning momentum, Walker and USA Baseball took on Cuba in another best-of-five series. USA Baseball won the series 3-2 and Walker was once again named series MVP after hitting .476 with a .667 slugging percentage.

“I was very humbled. God’s in control and it’s by his grace I am able to do any of this,” said Walker.

Walker has had two home runs this summer, four doubles, a triple, drove in nine runs and scored 11.