Everything You Need to Know for the Lady Eagles State Tournament

The Prosper Eagles overpowered Lake Dallas 49-7 on Friday night in the battle for the District 14-5A Championship, finishing the season 8-2 overall and 6-1 in district.

The Eagle passing game was right on target. Keegan Shoemaker completed 15 of 19 attempts and three touchdowns in the first half, totaling 182 yards. Junior Devin Haskins was on the receiving end of five of Shoemaker’s passes for 49 yards, which resulted in two Prosper touchdowns and DJ Love racked up 90 yards (62 receiving, 28 rushing) and a touchdown.

Kaleb Adams and David Alvarez were equally impressive in the running game. Adams finished the night with 17 carries for 154 yards and two touchdowns. Alvarez took over in the second half and added another two Eagle touchdowns.

The win pits Prosper up against Frisco Wakeland (7-3, 3rd in District 13-5A), the same team that eliminated the Eagles in the first round of playoffs last year. Wakeland and Prosper are matched up evenly in points scored per game, but Prosper has only allowed an average of 13.6 points per game to Wakeland’s 26.8 points per game.

The Bi-District playoff matchup will begin tonight at 7:00 p.m. at Allen Eagle Stadium. 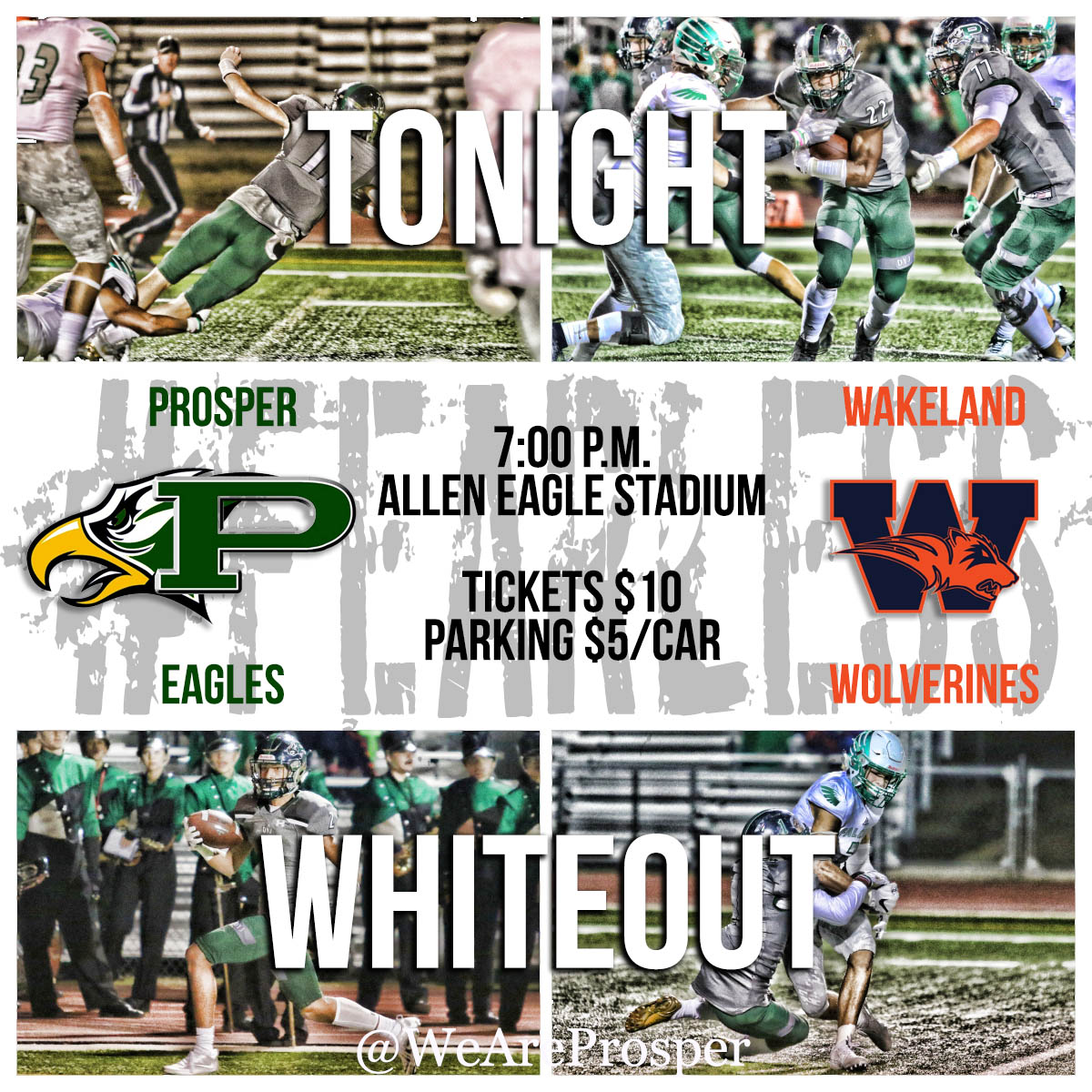