He’s handsome with pretty, white teeth. He’s playful and smart. Belgian by birth, he likes people and he’s good at his job. This new police officer operates with the badge No. 1380 plainly visible on his collar.

Students have already seen Canine Officer Kaz patrolling the halls at the side of his partner and handler Officer Patrick Turner. Kaz is a 2-year-old Belgian Malinois dog, black and brown. He’s been trained by H1 Canine in Rockwall where he was also certified. “We dropped him off May 1 and picked him up the week before school started,” said PISD Police Chief Chad Vessels. Turner has been making regular trips to Rockwall to train along with Kaz. Now, they are required by law to complete 16 hours a month of continuing education. The two partners go to Rockwall for their extra hours. It’s an on-going requirement for the length of the dog’s service, Vessels said.

Kaz is trained to find narcotics and controlled substances that may be on school premises and will be making regular walks with Turner through all the schools. “It’s not like there is a huge drug problem,” Vessels said. “We wanted to stay ahead of the curve, be pro-active and let kids know in case they are thinking about activity on our campus. It’s a deterrent.

But Kaz can perform other duties for the district in addition to drug detection. He also has training to mix with the students and will be able to do presentations of police services, Vessels said. In addition, he is available to help neighboring agencies and has already been called upon for cases with the Prosper Police Department. Vessels said Kaz and Turner will also be helping to support the Melissa and Anna school districts to patrol their hallways from September to August.

Vessels said, when the school board approved the purchase of a dog for the school district, it was easy to decide on his partner. Turner had expressed an interest in working with a canine partner long before it became a reality. He’s been a member of the PISD Police force since summer 2016 and came from the Collin County Constable’s Office.

It’s obvious, watching the two work together, there is a strong connection already. They are not just partners for the police force. They are partners for life with plans to make a difference in Prosper and Prosper students will benefit from Kaz’s influence for years to come. 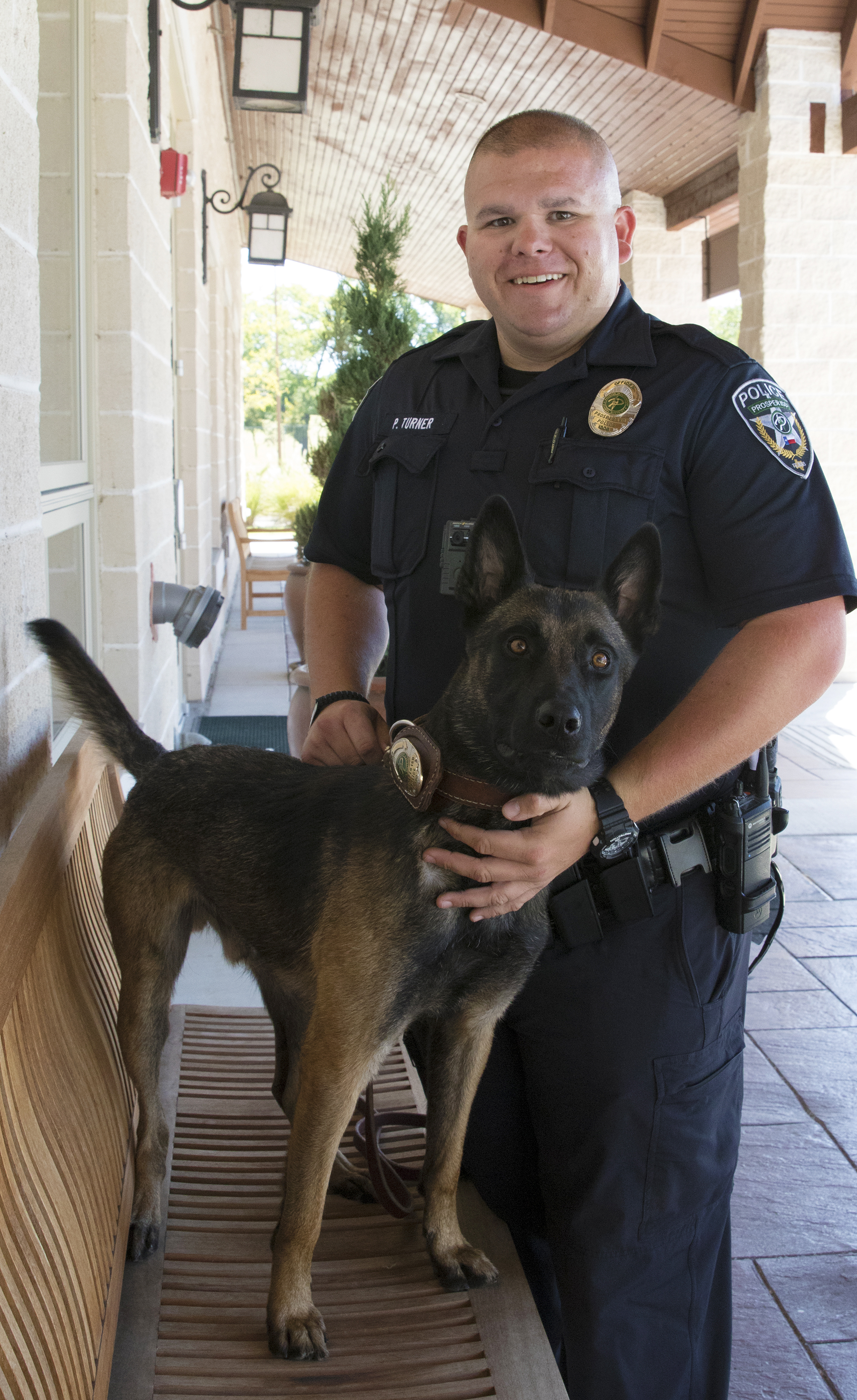 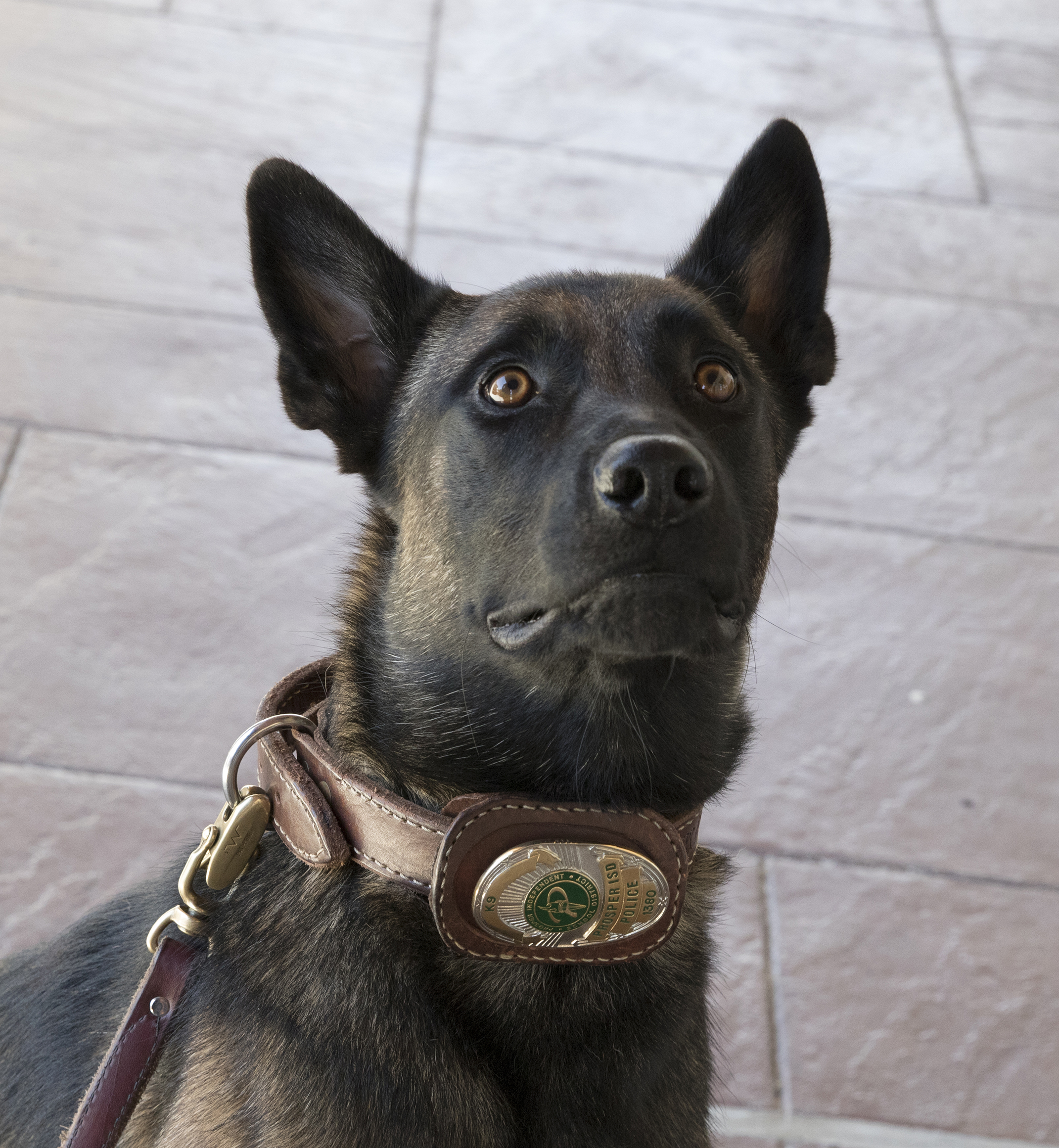