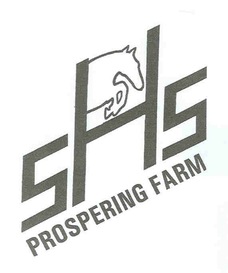 Prospering Farm is a full-service hunter/jumper barn located in the heart of Prosper. Many young equestrians train at the barn, but three young Prosper girls are making a name for themselves on the North Texas Hunter Jumper Circuit (NTHJC) this year in their respective divisions.

Prosper residents Halle Dunn, Jessica White, and Ciara Stiles ride in an average of 20 to 30 shows per year all over Texas, Oklahoma, Kansas and Kentucky as well as the Prosper Homecoming and Christmas parades.

Halle, an eighth grader at Reynolds Middle School, has been riding for seven years. She has competed on the NTHJC since the age of 9 and won the Two-Foot Division in fourth grade on her pony Prospering’s L of a Deal (Elle). She was winning in Ponies and in the Two-Foot-Three-Inch Division last year on her pony Breakfast at Tiffany’s (Muffin), until Muffin was injured breaking her splint bone jumping last August, rendering both unable to finish the show season. Muffin did heal after six months of therapy and is now doing great. Injuries are not uncommon as these ponies and horses are like human athletes who work hard daily at their sport, so they are very susceptible to injury. Halle is currently riding Prospering’s Ring my L (Ringo) and is leading the Two-Foot-Six-Inch Division. She is also in the top eight of the Two-Foot-Nine-Inch Equitation Division, where the rider, rather than the horse, is evaluated.

Halle said, “Horses have influenced my life, and I could not, and will never, live without them.”

Jessica, an eighth grader at neighboring Rogers Middle School, has been riding for eight years. She is currently winning on her pony Peaches and Crème (Peaches) in the Pony Hunter Division on the NTHJC and is in the top eight of the Two-Foot-six-Inch Division on her horse Unfinished Symphony (Big Boy). Both Halle and Jessica have participated in off-campus physical education in Prosper since fifth grade, allowing them to earn their PE credits during the time spent on their sport. Both girls spend approximately four hours a day working at the barn during the week and up to 16 hours a weekend on show weekends competing. They spend their afternoons helping work the horses and also help with Summer Camps. The pair also get their hands dirty by doing grunt work feeding, riding, and taking care of the close to 90 horses currently residing at Prospering Farm.

“Every day after school I teach kids about horses, ride them, and clean the barn constantly. It’s a lot of work,” said Jessica.

The youngest of the three, Ciara Stiles, is a seventh grader at Rogers Middle School. She has been riding since she was only 3 years old after riding in a friend’s backyard. Shortly after, she met Susan Sexton Horn who had established the barn in 1988.

“My mom said I have riding in my blood because she’s been riding since she was just 6 years old,” said Ciara.

Ciara won the Two-Foot Division last year on the NTHJC riding Prospering’s Princess Fiona and is currently winning the Two-Foot-Three Inch Division this year on a horse named Status Quo (Stanley). At the end of the season last year, Ciara received Reserve Championship in the Year End Awards for Equitation, sixth in Hunters, and sixth in the Medal Final. Running on the momentum of last year’s successes, so far this year, she is in First Place for Equitation as well as First in Hunters and 10th in Future Jumpers riding a horse named Stanley.

The NTHJC Season runs from March to November and the girls will now begin the Interscholastic Equestrian Association (IEA) Team Season which follows the school year. Prospering Farm has 10 girls on the middle-school team and eight girls on the high-school team this year. The IEA team is different in that competitors go to barns and ride horses they have never ridden before, so this circuit is very challenging.

Last year, Horn had several girls on her teams make it to Regionals, which is a huge feat considering the amount of girls riding in this area. Horn’s full-service barn has more than 90 horses and ponies and she employs two other full-time trainers to help teach and show the horses. Prospering Farm has been successfully training riders for 30 years and they compete on the “A” Circuit, The North Texas Hunter Jumper Club (NTHJC), Interscholastic Equestrian Association Circuit (IEA), and Welsh Pony Circuit, which Horn specializes in breeding.