The air was thick with expectation at Globe Life Park in Arlington Sunday. It was a “Ranger” day on multiple levels. But what capped it off and what fans wanted to see, was Adrian Beltre’s 3,000th career hit.

Beltre’s first at bat was a disappointment as fans were on their feet, hoping to see the historic, big moment. Cell phones recorded the strikeout and fans went back to their seats and their roles cheering on the Rangers who struggled through the game against the Orioles.

In the fifth inning, Beltre came up again to face the lefty pitcher Wade Miley for the second time. Fans were on their feet with expectation and, this time, were not disappointed. With three balls and no strikes, Beltre eyed the pitch and belted a grounder that bound and rolled past third base and to the left field allowing Beltre a double as the stadium erupted into organized pandemonium. 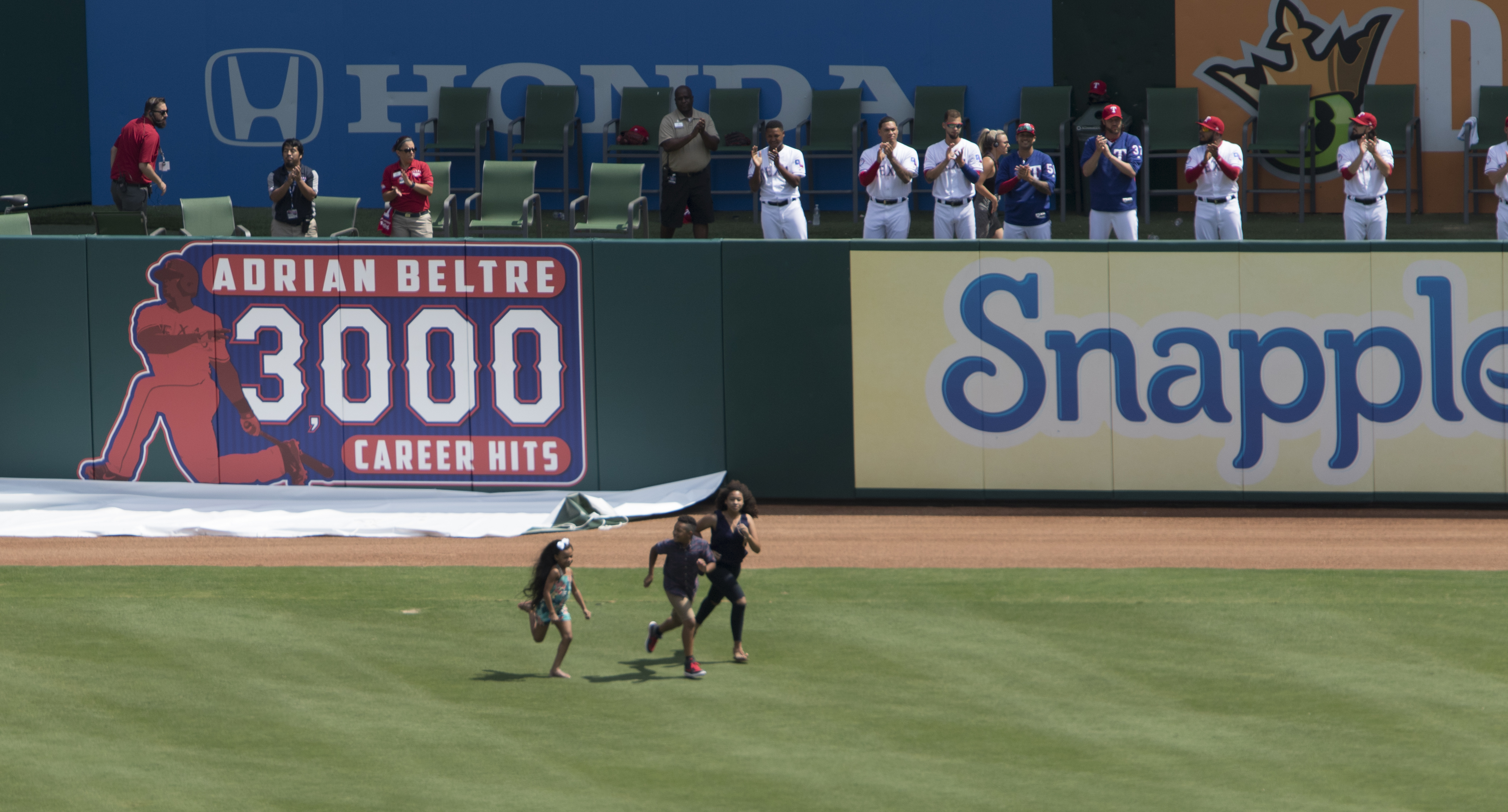 Fireworks broke out, fans cheered and the game stopped to recognize one of the biggest accomplishments in the game. Beltre’s three children left their first row seats next to the Rangers’ dugout to run across the field to the back wall just in front of the Rangers’ bullpen where they pulled the ropes that exposed a new banner — this one with Beltre’s classic batting position, where he goes to one knee at the end of his swing. Then the three ran back across the field to fly into their dad’s waiting arms.

The celebration continued as the Rangers teammates came out to greet Beltre, his parents and his wife surrounded him and then a pre-recorded message was shown of Pudge Rodriquez congratulating the 40-year-old Dominican player now in his 20th season.

Ironically, this was happening just minutes after Rodriguez finished his speech at Cooperstown were he was being inducted into the Baseball Hall of Fame, a destination that Beltre will no doubt share.

Before the Rangers game started, coverage of the Hall of Fame ceremony was broadcast on the stadium’s large screen and fans watched intently to see if Nolan Ryan would be introduced along with the previous inductees, and he was. It was easy to notice that Ryan drew a large ovation when introduced in New York.

It was a Ranger day at Globe Life Park and in the park at Cooperstown.