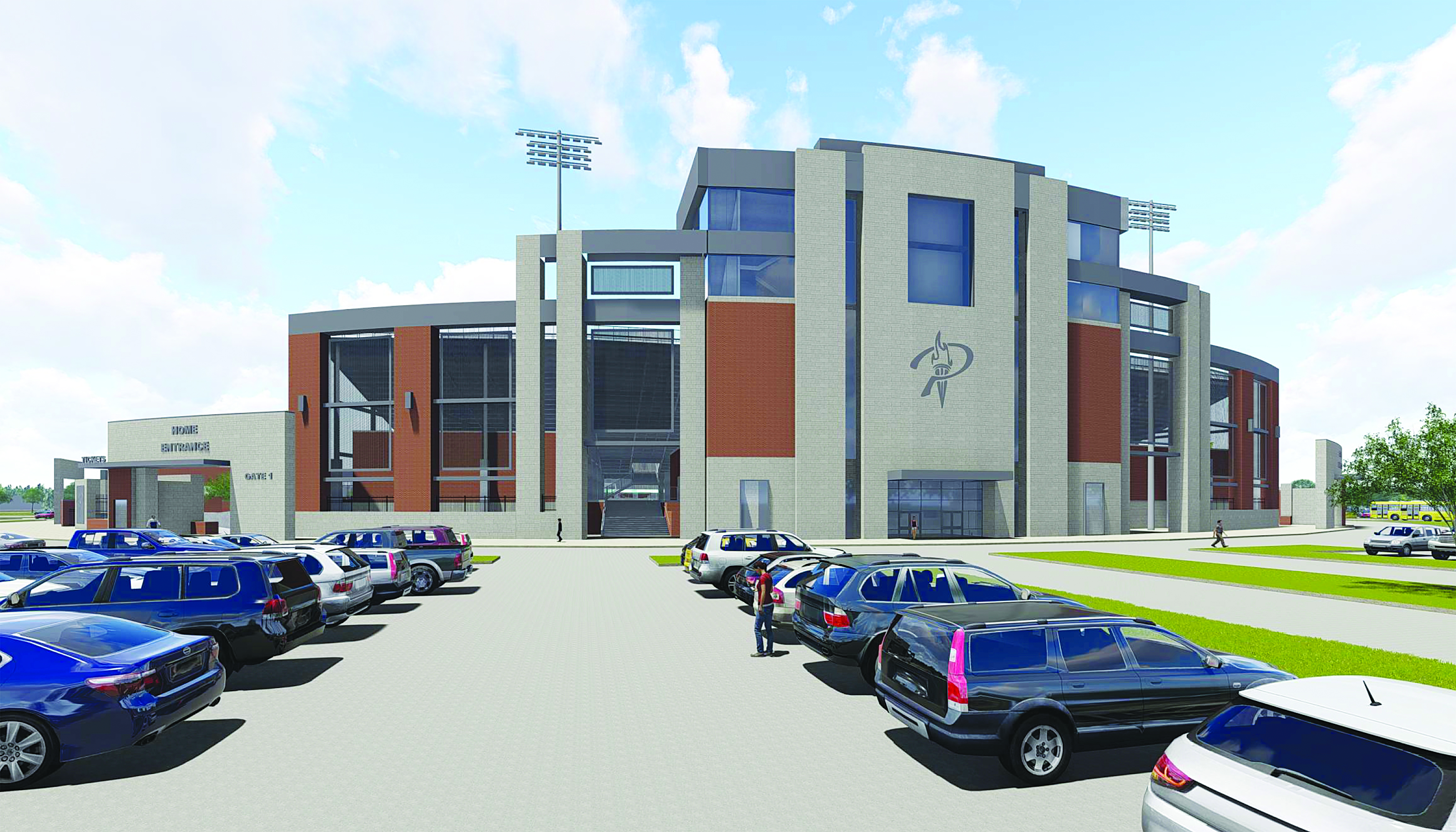 The news about the new football stadium and natatorium for Prosper ISD seems to be striking a chord in social media and news outlets across the state. Also, I’m getting letters about my coverage saying it shouldn’t be in favor of the stadium project because it’s a waste of money. I’m also getting letters saying individuals are excited to see the project finally moving forward. Even USA Today has an on-line story about the new stadium showing the Huckabee Architectural firm’s video [https://vimeo.com/225915809/b295e88575].

Let me say up front, I love what the PISD is doing for its student athletes. I think the new stadium and natatorium will be needed additions to the school’s athletic programs. But it’s not just for student athletes. The project benefits the whole community in more ways than one. For one thing, football brings in more gate admissions than any other sport. You may argue that it shouldn’t be that way, but that is the truth. Attracting more of a crowd for games will bring more business to area restaurants and shops.

The 12,000-capacity stadium will be used by several high schools as Prosper grows. High School No. 2 should be on line in 2020 and the new stadium will open a year before that and in time for Prosper’s first year as a 6A high school.

The arguments have been proffered over social media that “wasting a projected $48 million on this stadium shocks me to my core. We moved here … explicitly because of PISD’s outstanding track record on academics. $48 million, or any part of it, could be used to buy equipment or build facilities for our children’s futures: science, robotics, engineering, health, etc.”

But the fact is, none of the school district’s academic standards will be compromised. The stadium takes nothing away from other programs and new schools are still being built.

“This project was approved and will be funded from the $710-million bond issue passed nearly 10 years ago coming in with an approximate cost of about $48 million,” states an explanation on the PISD website. The project was scheduled to be constructed about seven years ago but the exploding growth in the schools caused attentions to be diverted to building new schools instead.

“This year, due to the uncertainty of public school funding, we have a window to insert these facilities [stadium and natatorium] that are needed and long overdue but do not carry any significant staffing costs as do schools.”

The Natatorium will also be used by multiple schools. Currently, school athletes on the swim team must be on the road by 6 a.m. every morning to travel to neighboring facilities to train. Prosper is really overdue for a Natatorium.

To those who are finding fault in the plans to build these facilities that PISD voters have already approved, I have a couple of suggestions. I’ve noticed that attendance for the school board meetings is sparse and consists mainly of people making presentations or school personnel. This would be a good time to make your opinions known, and I would put those opinions in the paper as part of the school board story. It would also bring valuable feedback to school district trustees who want to hear from constituents.

The agenda for board meetings is posted on the PISD website 72 hours before a meeting in compliance with the Open Meetings Act, so it is easy to look ahead and learn if there is something on which you’d like to weigh in.

The accusation has also been floated that spending all this money is so Prosper will produce collegiate or professional level athletes. I can tell you from my experiences in 20 years of interviewing high school and middle school coaches, there is not one whose motivation is to produce an athlete of that level. It’s true that sometimes athletes like that come through the program, but coaches are there to help all student athletes perform to their best levels. Sports in schools is not about getting to the pros. It’s about learning team work and learning to move on from disappointments, helping the guy or girl next to you develop and achieve as much as you, respect of authority, etc.

Coaches see students who’ve come through their programs and when they see them today, they are school teachers, doctors, scientists, engineers, attorneys, and the list goes on. What they have in common is they are achievers and that’s what sports programs are teaching the students of today.

From the ISD website: “Prosper ISD continues to grow about 100 percent every five years and is one the top 5 fastest growing school districts in the state of Texas out of 1,100+ school districts. We have designed a facility that will meet the needs of PISD for many years to come while engineering it in a way that comes in at price tag $15-20+ million less expensive than recent similar projects in the metroplex and across the state.”