Pride in the Sky sails through fourth year

It’s always a big deal at Prosper High School when someone competes at the University Interscholastic League and brings home a state medal and it’s no different in the case of Kade Smith, who graduated this year, and Brandon Richardson, a junior, who learned last week of their state award. 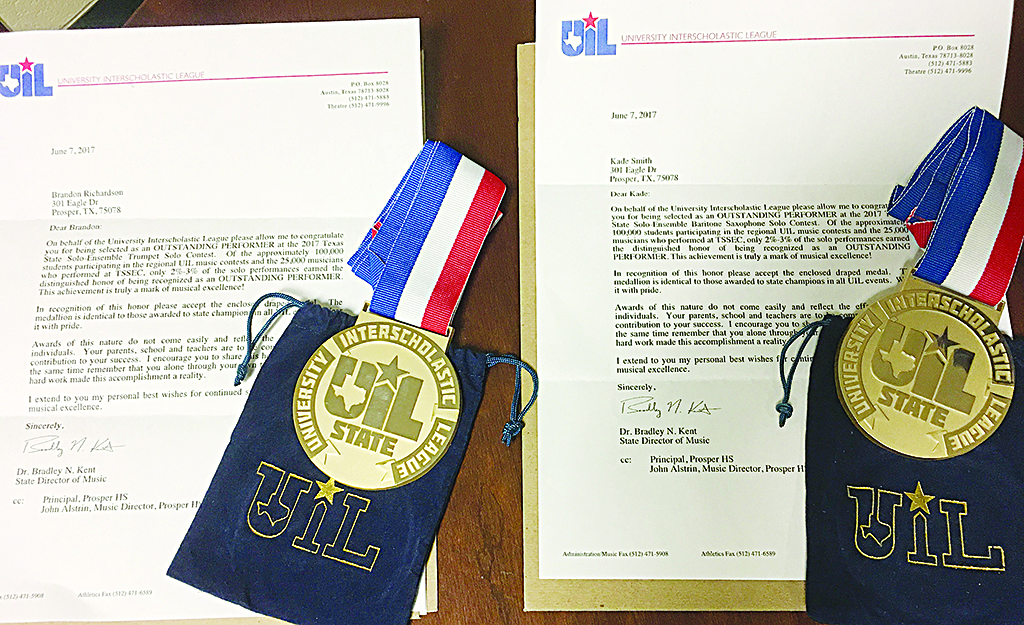 Smith and Richardson have both been members of the Mighty Eagle Band. Richardson plays trumpet and Smith plays the Baritone Saxophone. Each scored a one, the highest score possible, in the 2017 Texas State Solo-Ensemble Solo Contest with their respective horns. But the biggest surprise came last week with the news that each of the young men was selected as Outstanding Performer from the contest.

Dr. Bradley Kent, State Director of Music, put it in perspective in his letter to the two performers advising them of the selection. “Of the approximately 100,000 students participating in the regional UIL music contests and the 25,000 musicians who performed at TSSEC, only two percent to three percent of the solo performances earned the distinguished honor of being recognized as an OUTSTANDING PERFORMER,” wrote Kent. “This achievement is truly a mark of musical excellence.” 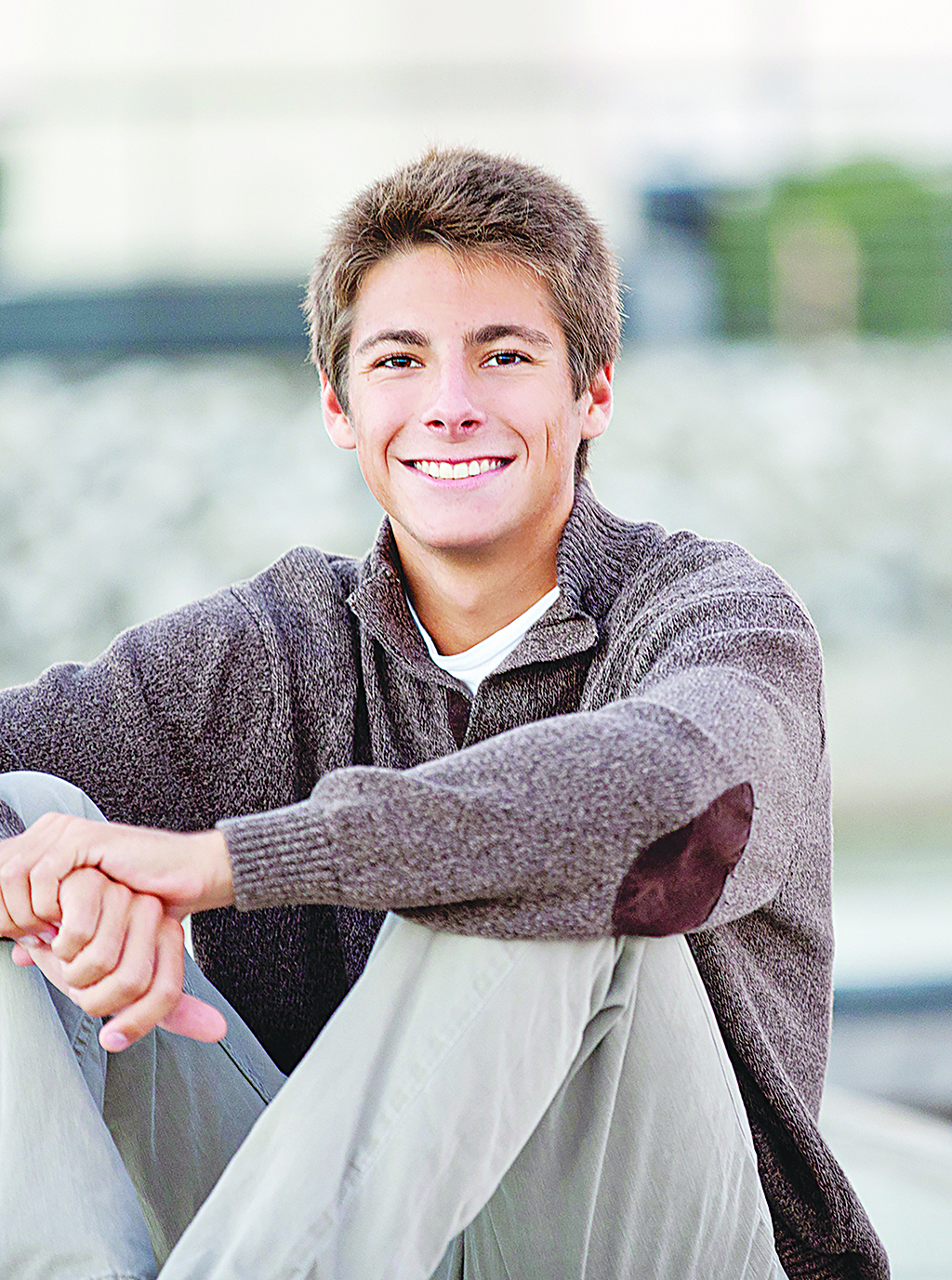 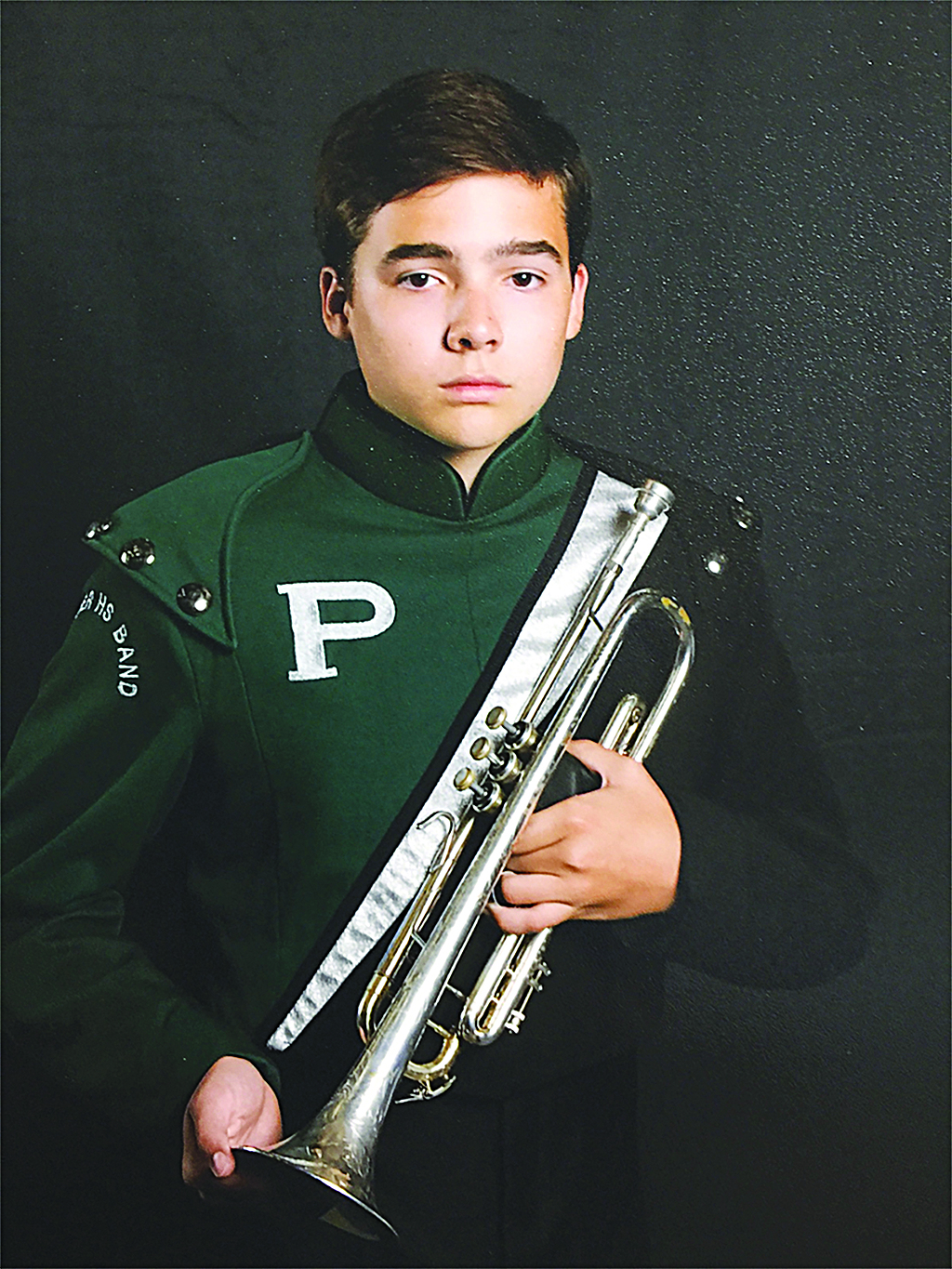 Since Smith and Richardson are state winners, their pictures will be displayed on the side of the building at school, along with others who’ve achieved similar feats for state-level recognition over a large number of years. They both agree seeing giant photos of themselves on the side of the school building will be strange but they will each get used to it.

Smith says he likes the Bari Sax because its register is capable of volume. “It’s low,” he said. “When I play the lowest note, it vibrates my eyes. I also like how I can hit both ends of the spectrum.”

He played the Saxophone for seven years, six of those on the Baritone Sax. When asked about his music background he said he took piano lessons when he was really young but has retained almost none of what he learned. “So, by that time I started playing the sax, it was like I hadn’t [taken music lessons before].”

Smith has been playing the trumpet for four years and he started learning music when he began to learn the trumpet, He said he started out slowly and learned to build on his practices. “The biggest challenge of producing a sound on the trumpet is the fatigue,” Richardson said. “You have to build up the endurance and you have to learn to stay relaxed while you’re playing.”

If you can’t stay relaxed, the sound is likely to be shaky, he said.

Practice for each of the boys is different. Smith says he didn’t practice “super excessively on a day-to-day basis. But before competitions and before I had to play in front of anybody, I would treat it like a test and cram for a few hours. What also helped was that I actually enjoyed the solo I played so I would get it stuck in my head.”

For Richardson, practice is more rigid. He says he spends several hours a day in practice but a big part of his practice is building his endurance.

Keith Richardson, Brandon’s father, says he and his wife are very proud of Brandon’s accomplishments. “He works extremely hard and makes it seem like it comes easy, but he works really hard.”