It was February 3 when ground was turned to show that construction had begun on the new Town Hall and Multi-Purpose Facility. And today, a crane with a 250-foot boom slowly raised a steel cupola weighing 28,000 pounds from the ground to its final place in the center of the third floor of the new building. It is the last major piece of the structure to be placed.

But before the raising of the cupola, all the town employees were invited to sign the steel beams before they were put in place. Wearing traditional construction hard hats bearing the familiar logo for Pogue Construction, employees wrote prayers asking for blessings of the building and all who work there. Some just signed their name. Others wrote prayers for blessings on the workmen who are erecting the building. But all wrote something. 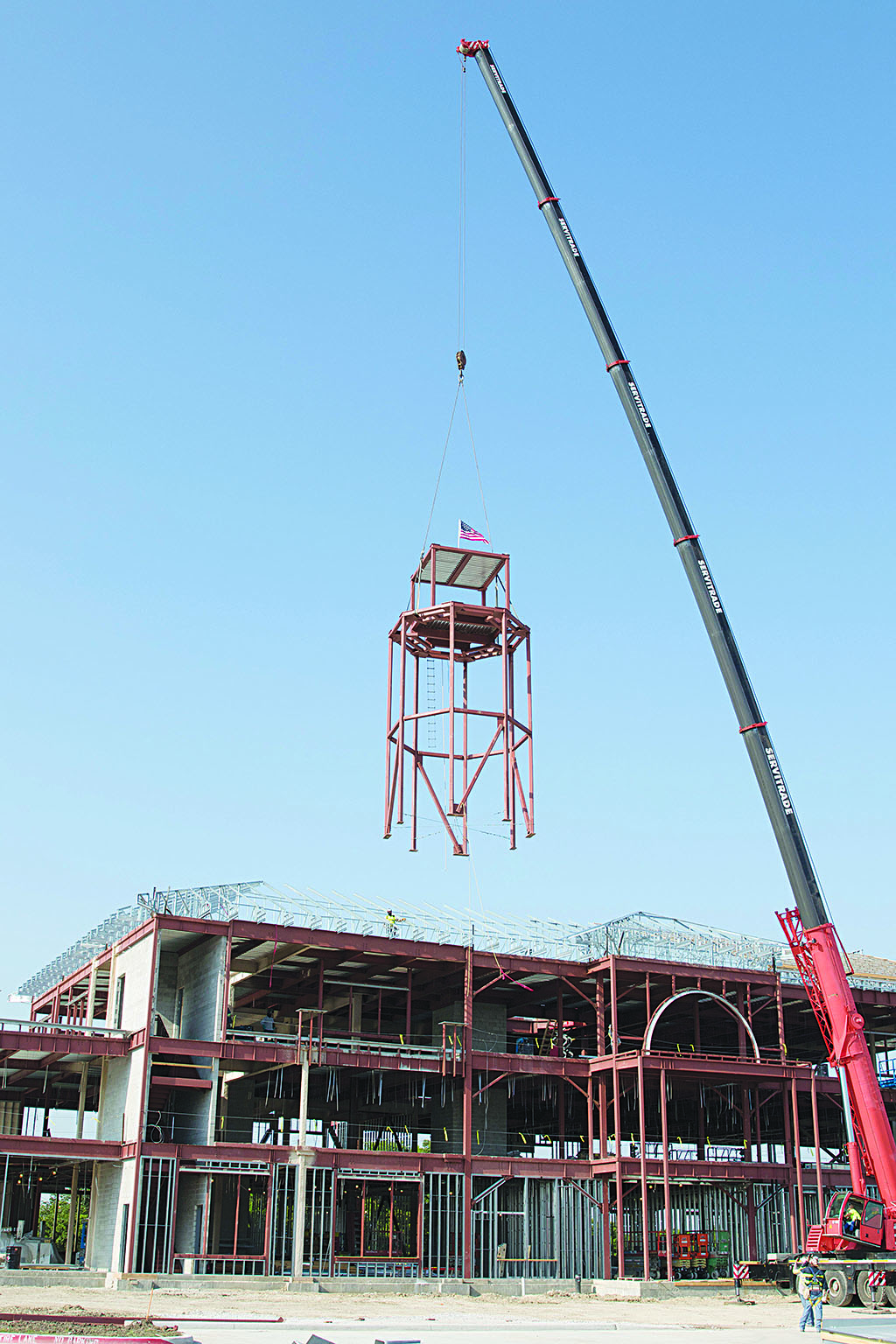 The messages went through the air along with the cupola to become a permanent part of the building. The signatures will not be visible but the signees will always know they are there.

Zach Walker, Vice President of Pogue Construction Company, said this building is the company’s third town hall to build. “We have done a lot of schools and fire stations,” he said. In fact, Pogue has built several of Prosper’s schools as well as the two fire stations.

This project is expected to be completed in the Spring of 2018, and should be enclosed by next month, Walker said. “It’s exciting to see a project come together and make this kind of progress.”

Town Secretary Robyn Battle is excited to see the project move along, but she, like so many other town employees, has a different reason. Battle’s office will be on the third floor in the northeast corner. As she began to understand exactly where that spot is in the new structure, she exclaimed that she is going to have a great view.

“It’s exciting just the thought of having everyone in the same building for once because the staff is growing so quickly, and we’ve been spread out using whatever space we can find,” Battle said. 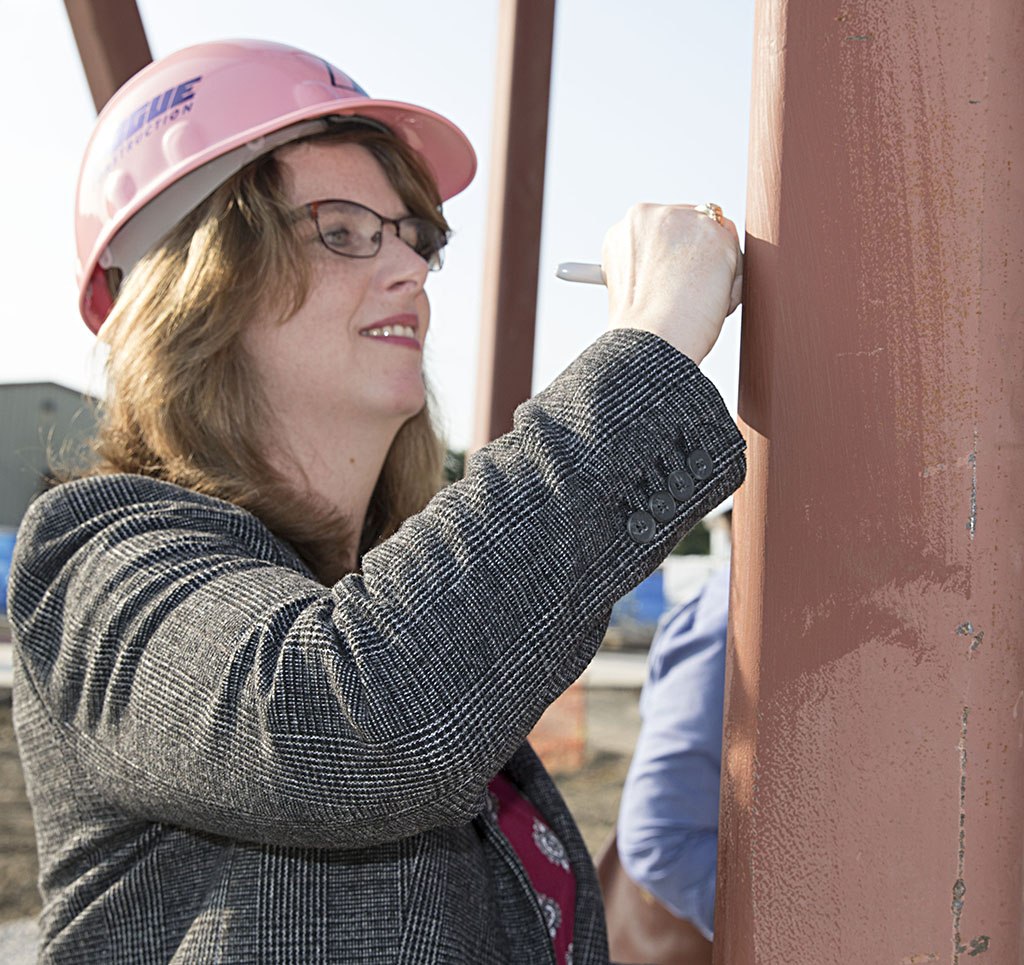 Another group of Prosper employees are those who work in the Prosper Community Library. Currently, it shares space with the Reynolds Middle School library. So, when the new town hall is completed, the library will have a permanent home that is just theirs. No longer will they have to work around schedules of the school. While they appreciate the school’s willingness to share over these past several years, they are excited to have their own space. 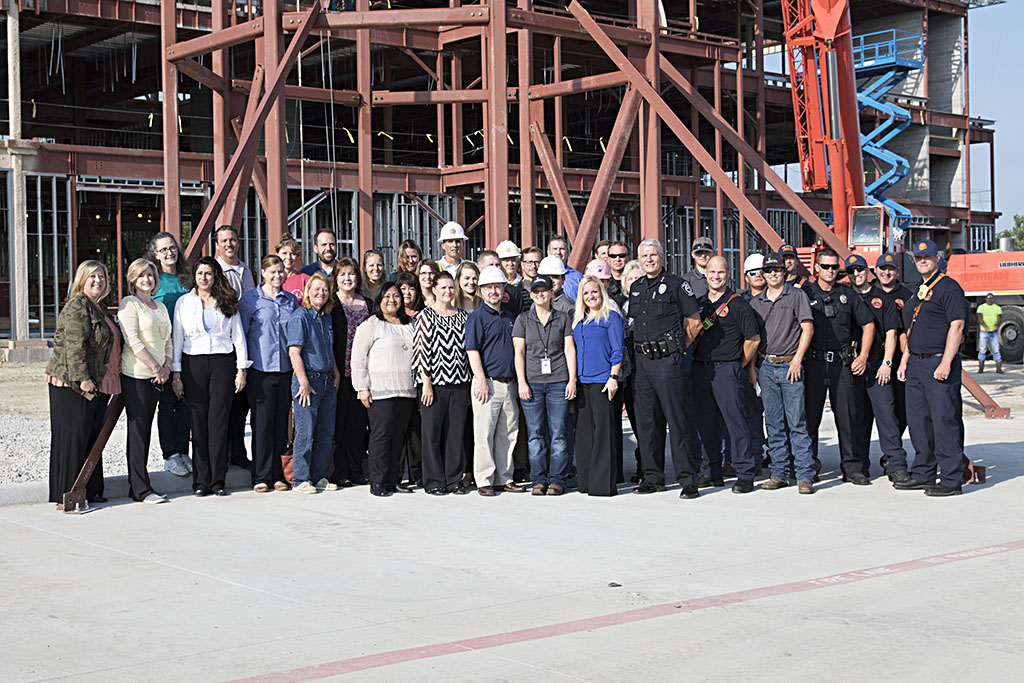