The newest town council member, Jeff Hodges, met with Prosper Police Officer Paul Boothe Thursday outside the police dispatch office for a ride along on Officer Boothe’s duty shift. Hodges said he would be spending four hours in the police car. When Hodges was campaigning for his place on the Council, he said he wants to learn about the needs of the police department and try to help.

After his experience with Boothe, Hodges said he learned a lot about what goes on behind the scenes and what officers go through in dealing with the public.

“It was really interesting,” Hodges said. “They don’t have an easy job, for sure, and you never know what you’re going to get into. It’s being cautious and safe for 12 hours.”

Most of Hodges experience came from patrolling areas where there is limited or no population, but they issued a speeding citation in the first 10 minutes of the ride. Later in the night, Hodges said, they answered a call for noise disturbance. “It showed me how the officers have to deal with both sides of the public, like the complainant and the offender.”

There was also a traffic accident on U.S. Highway 380 toward the end of the ride, and Hodges said that reminded him of how dangerous Highway 380 really is. He said he also noticed how well the Prosper and Frisco police departments work together. He didn’t realize how much that happens, but he noticed they have great working relationships and learned that is common among the various towns, especially when they share a border.

Hodges has been on the Town Council now for a few weeks and said he is impressed with how much is going on for the Council. He is coming on board in the middle of several issues and working hard to get up to speed on each one. “They [Council members] have a lot of momentum going on with these topics and I don’t want to disrupt that,” he said. 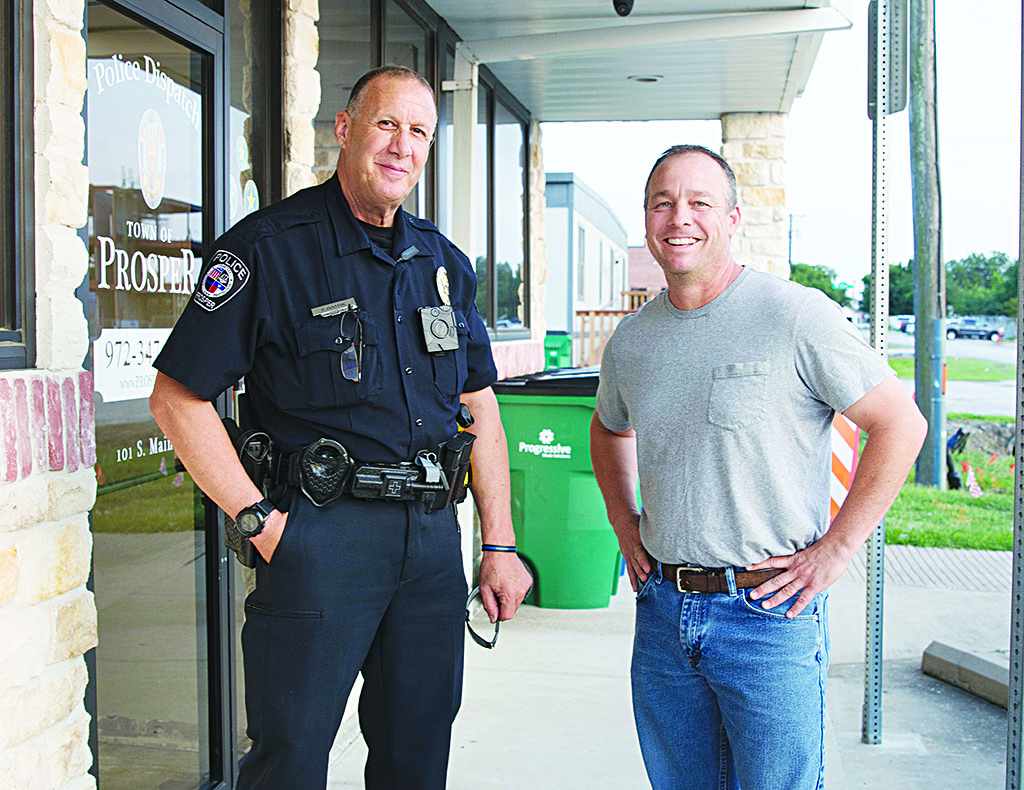 Hodges said he wants to spend some time with the Prosper Fire Department and has already received an invitation from Chief Ronnie Tucker. And he wants to do another ride along.