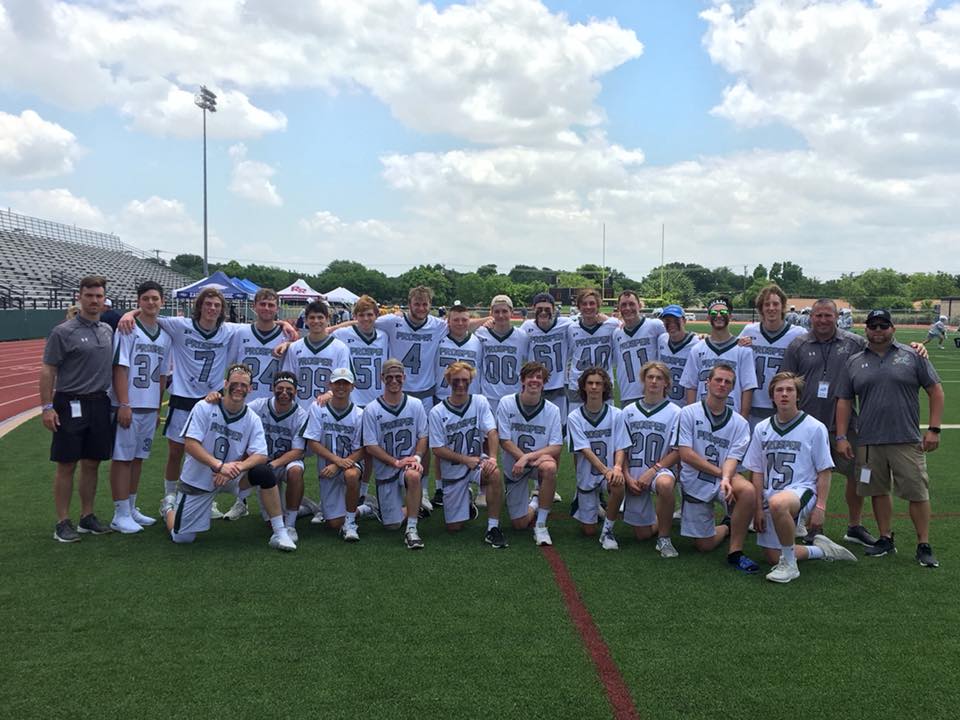 One more. One more shot, one more practice, one more win, one more victory. The motto “One More” is what has driven the Prosper Lacrosse team throughout their season and into a #1 state ranking, district and division championships, a 16-game winning streak during their season, undefeated record in district play and a change of culture for this team which has taken their success to a whole new level. This year, Prosper Lacrosse has created a new name for itself and has gained the respect of the Lacrosse league and the community.

This year’s team adopted in a new head coach, John Marano. Marano has been coaching in Texas since 1992, traveling from Greenville, Coppell, Plano West and St. Marks. Growing up in Long Island, Lacrosse was in his blood and he was willing to put in whatever it took to put these boys on top. When first taking over the program, Marano paired the team up with 3 extremely challenging opponents located anywhere from Dallas to Houston. The boys lost these three pre-district pair-ups and began questioning their season’s outcome. From the coach’s perspective, that was exactly what was necessary to make adjustments and focus on the team’s strengths and weaknesses. After those three games, the team went into a 16-game winning streak and was unstoppable. They made it all the way to the state tournament, falling just short against Highland Park 10-7, after previously beating them 15-8.

Coach Marano states, “I think this was a year of firsts. I am proud that the boys made it there, it is extremely difficult to make it there, but this is their first time making it that far and hopefully far from their last. Now they know how difficult their goal is, but they are willing to put in the work and will be unstoppable.”

The team is 27 strong. It is a phrase they have adopted as a family including 24 players and 3 coaches. Senior captain Cole Wyles says, “The team’s chemistry is a huge part of our games. There were a couple of games where we were selfish. We didn’t play for each other or stick to the game plan and we almost lost it all. Conversely, when we played as a team and played disciplined Prosper Lacrosse, we were able to do some amazing things as a family.”

As the team went through their season they began to realize how their game and attitude link hand in hand. The reward of the game doesn’t just amount to the number of wins, but to the new foundation they are building for each other. “The most rewarding part is seeing this team become a family and how I grew to love every single player and all of the coaches,” Wyles said.

With every new family comes new traditions, and that is how the boys began bringing out the belt. Coach Marano helped create a culture for the players to buy into and put their team first. He bought an MMA wrestling belt with a “PEagle” engraved on the front and would use this belt to recognize an MVP for every game. “The belt was a challenge to leave a legacy,” Marano said. The MVP of the game would have his name engraved onto the belt and then lead the entire team onto the field, placing the belt on the 45-yard line facing and staring down their opposing team. This small new tradition made a huge impact on the boys’ field performance as well as their pre-game pump up as their prepared to play for one another.

As a parting gift for the year, everyone received a wooden shaft from a lacrosse stick with the words “Prosper Lacrosse 27 Strong” engraved on it. Coach Marano said, “The advice I give my seniors is that this is it. When it ends, it’s over. This is your time, your year, don’t waste it saying I could have or I would have. This will be the last organized sport that you do and when you have a team that should win a state championship you will appreciate it. You guys have accomplished something that a lot of kids can never do. The road to the D2 state championship goes through Prosper, and you have all earned that right and respect. You will be the first in Prosper history to leave that legacy. Be proud and always stand together.”

Senior Cole Wyles left advice for the underclassmen stating, “Stay focused on the task at hand. Prosper Lacrosse has some huge goals for this season and will only grow. It is important to be in the moment and make the best of everyday. Whether it is a game, a practice, or you just playing wall ball. Make the most of it, stay focused, and strive to be better every single day.”