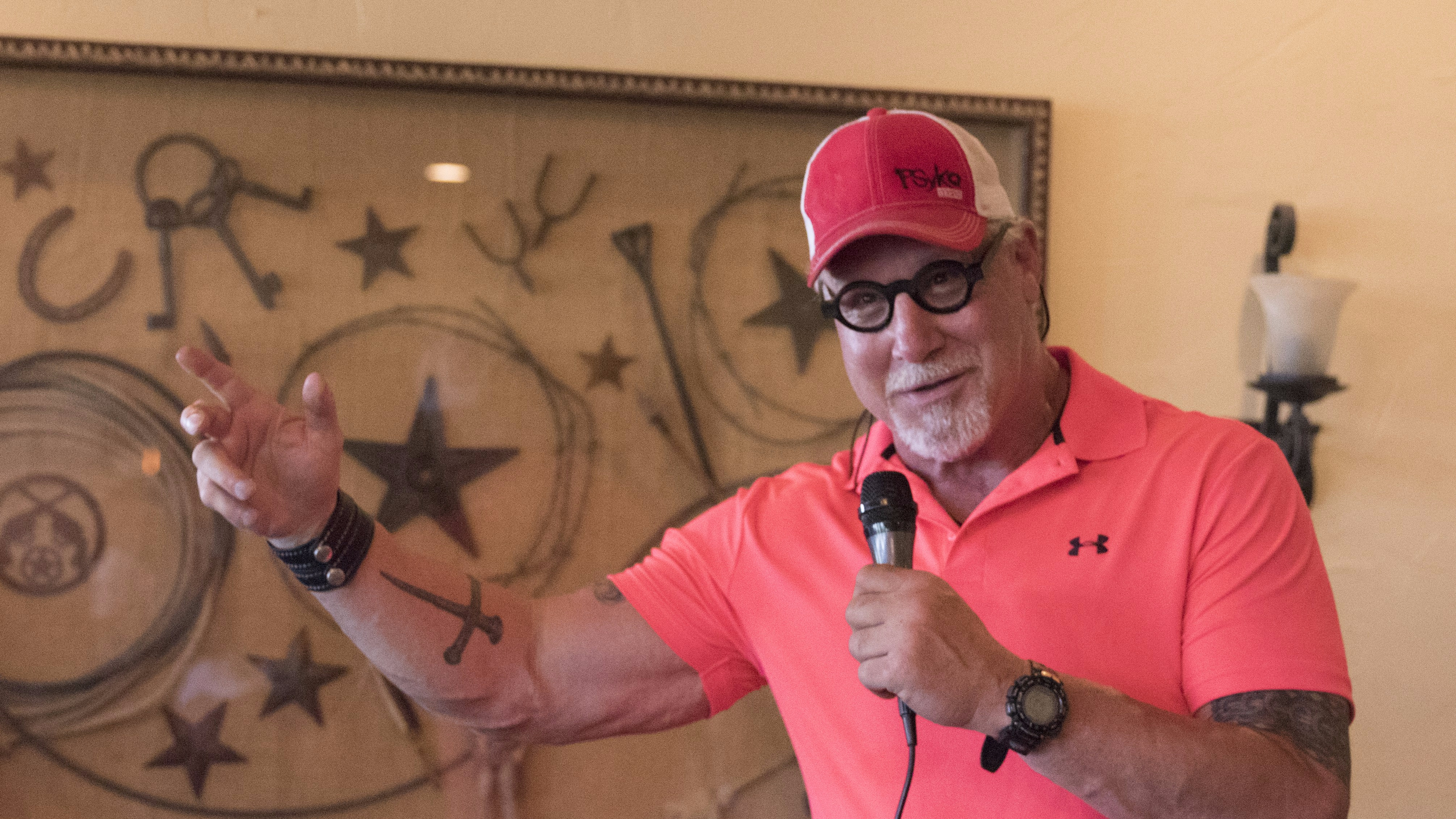 Monday at Gentle Creek Country Club was all about Bethlehem Place and raising funds to help feed less fortunate people in the area.

Executive Director Betsy Winters told the group they provide food for about 35 families per week and that group includes children and senior citizens. They are people without jobs or their jobs are not helping them make ends meet. Sometimes they are just in transition and need a little help, others are living with family members and still others have taken in family members and have run out of resources. Winters says she has fallen in love with the people she serves through Bethlehem Place, Prosper’s only food bank. “These are really good people, hard workers and so thankful,” she said. “On an average, a family of four will get 40 pounds of food for a week.”

Board members of the charity were on hand to help with the heavy lifting throughout the tournament. Rebecca Hunter said she has been on the board for many years “because I care about the people in Prosper who don’t have enough food. We can help also by suggesting other services for them.”

Dottie Jones said she feels a sense of urgency for the needs of the people helped by Bethlehem Place. “This is an important organization that fills the needs of the community. She said she and her granddaughter work together with the food distribution efforts each week.

Janice Diamond is also on the board for Bethlehem Place and has been for about six years. “I do it because I don’t want people to go hungry,” she said. “This is the least I can do.” She said most of the people in the Prosper community are comfortable but there are families in need. She said there are 28 families who’ve come to Prosper because of the hurricanes. “No one gets paid at Bethlehem Place. It’s all volunteer,” she said. “And everything gets used.”

Also concerned for people who don’t have enough food is NFL great, pro football hall of famer Randy White, Prosper resident since 1988. White was a defensive tackle for the Dallas Cowboys from 1975 to 1988 and has been a supporter of Bethlehem Place for several years.

On hand at the golf tournament, White was available for pictures and shared stories about his time on the field as well as his assessments of today’s NFL based on his experiences.

After awards were made from the tournament and the silent auction, White took the microphone and answered questions from the crowd for as long as people had questions. He began by saying he would go ahead and answer the question that is on everyone’s mind without being asked. “I don’t think there is any excuse why you don’t stand for the National Anthem,” he said and those words were met with whistles, cheers and applause from the group at the reception.

One of the first questions was to ask if White is still involved with the Cowboys organization. He said he is not involved with the team but he does a pre-game show on Chanel 11 Sunday mornings. “If you’re bored it’s not bad,” he said. “It’s a pretty good little show.” He said he does the pre-game show and gets to say what he thinks is going to happen. Then, especially if his predictions were wrong, the fans will have forgotten about that by the next week so he is off the hook for anything he may have been wrong about.

Responding to another question about tackling, White drew a comparison between the game played last Sunday between the Rams and the Cowboys. He pointed out that the Rams’ cornerbacks tackle and the Cowboys need to learn to tackle. He also said if he sees it, the Cowboys coaches are seeing it and they are no doubt already working on it.

He also had a critique for Dallas offense from last Sunday’s performance. He said quarterback Dak Prescott needs to get more accurate with his passes and the offensive line has a lot of work to do to get cohesive. “On that offensive line, one guy can make a mistake and the whole play falls apart.” Even through his concerns, White says he is not giving up on the Cowboys. “I think they are improving. They have a lot of young guys and I’m still optimistic for them.” He said Prescott has some growing pains ahead of him. “He’s a great leader and mature beyond his years and like Russell Wilson is, he [Prescott] always poses that threat to be able to run the ball to get that first down and that’s what I like about him. He just needs to learn how to use all that.”

Another question was asked about tackling. The observation was made that the further players get from the line of scrimmage the players seem to forget how to tackle. White explained that with his genuine humor and pointed out that when the player gets a head of steam going, it hurts more. “I used to like to tackle Earl Campbell, but if I was going to tackle Earl Campbell, I would get him in the backfield before he got started.” He said he didn’t want to tackle him after he’s been running 20 yards.”

White was asked for his best recollection of Coach Tom Landry and he shared a really personal experience. He said his father died in 1980 right before the Denver Broncos game. “It was my time to go out to get introduced and I shook Coach Landry’s hand. I got choked up a bit and when I looked into Coach Landry’s eyes I saw tears. After that he told me to take as much time as I needed after the game. “He was a great football coach and a very spiritual man,” he said.